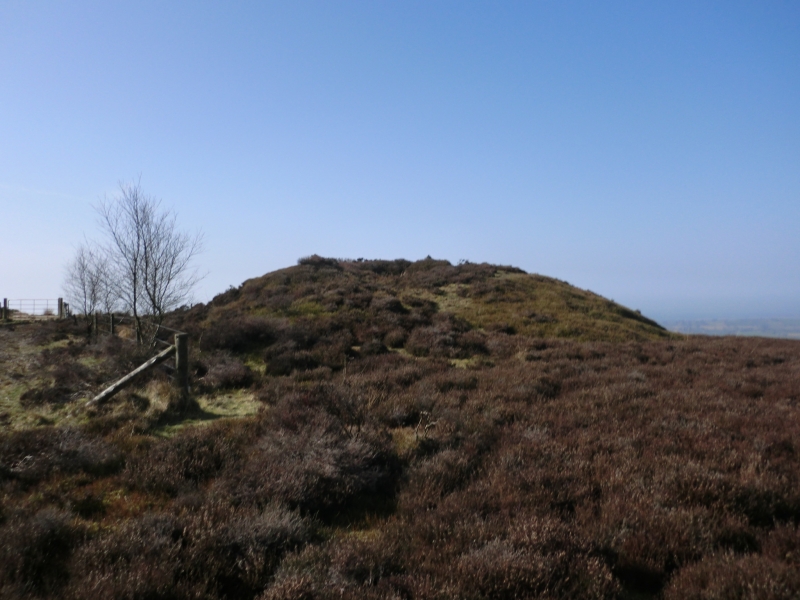 The monument includes a round barrow on the west edge of the Hambleton
Hills. The barrow is one of many similar monuments on the Hambleton Hills.
The barrow has a well defined, flat topped, earth and stone mound standing
3.35m high. It is round in shape and 18m in diameter. The centre and eastern
flank has been dug into in antiquity. This mound is surrounded by a ditch up
to 3m wide and 0.6m deep. The monument lies near the west end of a prehistoric
linear earthwork.
It is one of many similar barrows on the Hambleton Hills. Many of these lie in
closely associated groups, particularly along watersheds. They provide
evidence of prehistoric territorial organisation marking the division of land;
divisions which still remain as some parish or township boundaries.
All fence posts are excluded from the scheduling although the ground beneath
is included.