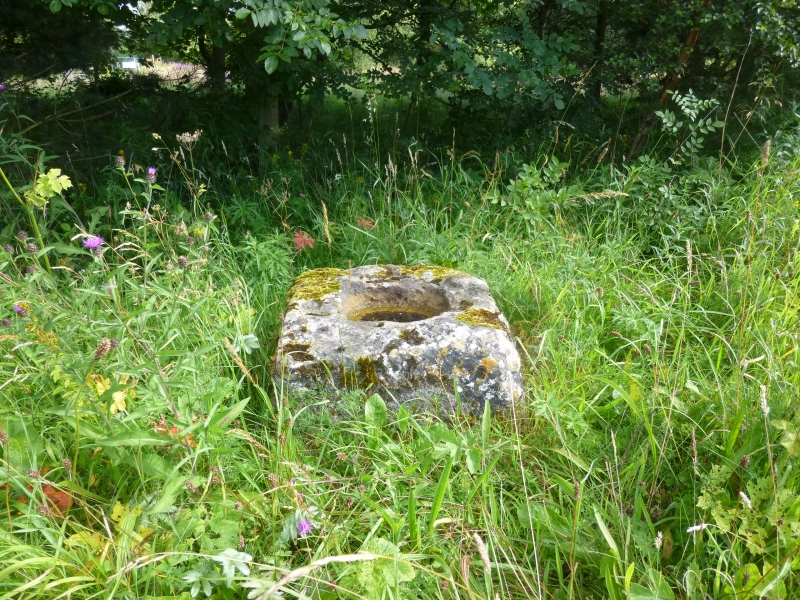 The monument includes the base with shaft socket for a wayside cross, situated
at the edge of the main road from Helmsley to Thirsk.
The base is 0.65m by 0.65m in plan and stands 0.5m high. The socket is
unusually round in shape. The cross marks the intersection of the Hambleton
Street, the old drove road running north to south across the Hambleton Hills,
and the main road from Helmsley and Rievaulx to the west, at the point where
both routes drop down from the uplands of the North York Moors to the lowlands
of the vale of Mowbray. It would have served as a route marker as well as a
religious symbol offering spiritual succour to travellers. Crosses provide
evidence of the complex network of communications and settlement in the
medieval period.

This cross stands at the junction of two important trackways and marks the
point where they descend from the upland moors to the low lands. It is one of
a group of crosses on the North York Moors defining and illustrating medieval
routeways, and as such provides important insight into medieval communication
and settlement in North Yorkshire