Round cairn on Summerhouse Hill 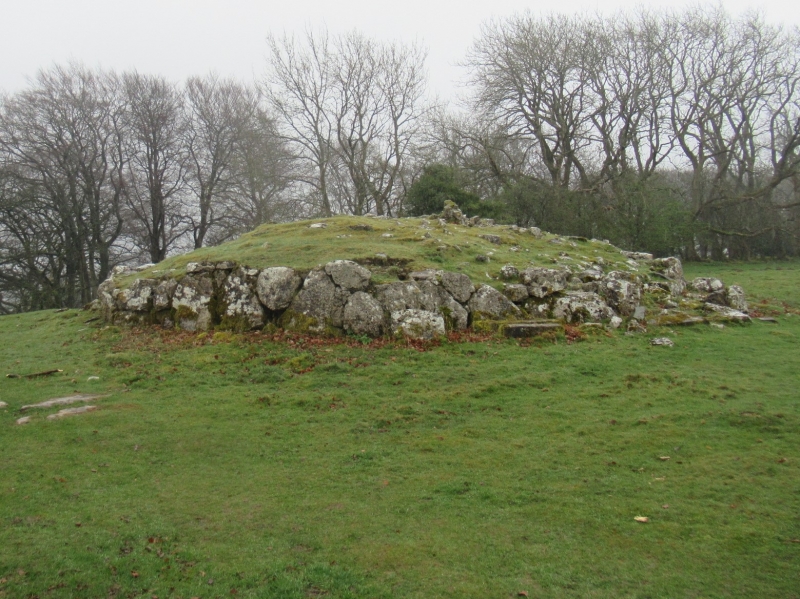 The monument is a round cairn located a short distance east of the summit
plateau of Summerhouse Hill. It includes an oval mound of turf covered earth
and limestone rubble up to 0.6m high with maximum dimensions of 12.5m
north-south by 9.4m east-west. The cairn is kerbed with limestone blocks
around its perimeter. At the monument's centre is a circular depression 2.5m
in diameter by 0.3m deep which marks the site of an antiquarian investigation
undertaken in 1778. This investigation located a human skeleton adjacent to
which was found a large blue bead and an urn containing calcined human bones.

Despite limited antiquarian investigation of the monument, the round cairn on
Summerhouse Hill survives reasonably well. This investigation located human
remains, pottery and a bead, and further evidence of interments and grave
goods will exist within the cairn and upon the old landsurface beneath.