Round cairn on Noon Hill

A Scheduled Monument in Rivington, Lancashire 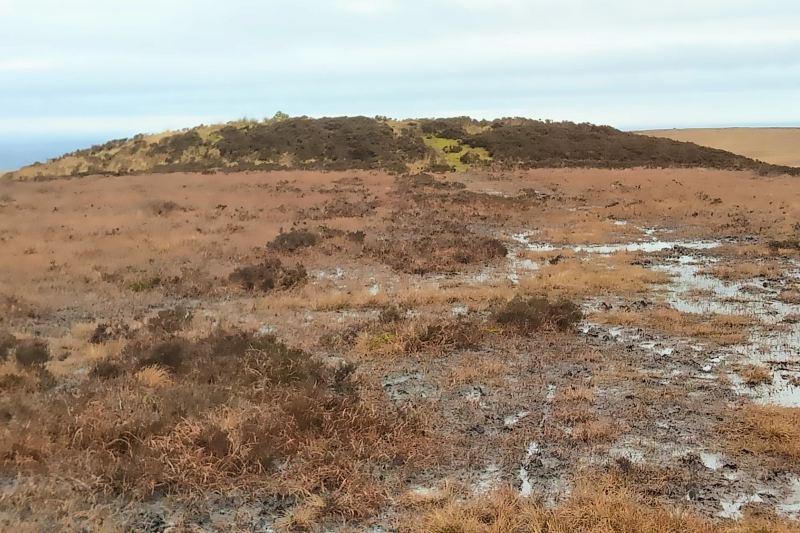 The monument includes a round cairn located on the northern edge of the summit
of Noon Hill. It includes a slightly oval mound of earth and stones up to 1.3m
high with maximum dimensions of 21m north-south by 19m east-west. On the
monument's southern edge there are three partially exposed gritstone boulders
which form part of the cairn's kerb. Limited excavation of the cairn in 1958
and again in 1963/4 located the primary burial at the monument's centre. This
comprised three cremations interpreted by the excavator as an adult male,
adult female, and a child, located beneath a collapsed enlarged food vessel
and inserted into a central stone cist. Three or four secondary cremations and
a number of flint tools including barbed and tanged arrowheads, scrapers and a
knife were also found during these excavations.

Despite two limited excavations of the monument during the 1950s and 1960s,
the round cairn on Noon Hill survives reasonably well. These excavations
located human remains, flint tools and pottery, and further evidence of
interments and associated grave goods will exist within the cairn and upon the
old landsurface beneath.