A Scheduled Monument in Avening, Gloucestershire 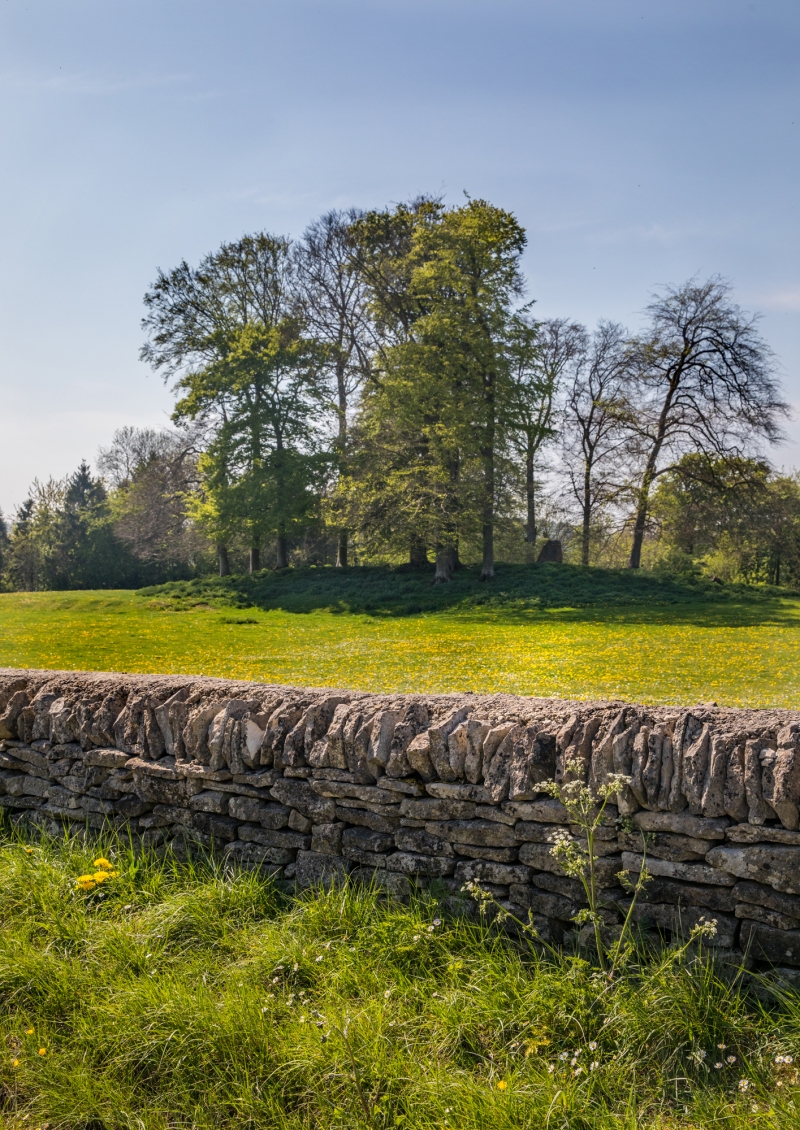 The monument includes a long barrow known as the Tingle Stone situated in the
Cotswold Hills below the crest of a ridge overlooking a valley to the south.
The barrow has a mound composed of small stones orientated north-south with
maximum dimensions of 40m in length, 20m in width and a maximum height of
c.2m. This is flanked on each side by a ditch from which material was quarried
during the construction of the monument. These have become infilled over the
years, but survive as buried features c.5m wide.
The site is named after the standing stone which is situated towards the
northern end of the monument. This stone is a block of oolitic limestone
orientated north-south with a maximum height of 1.5m above ground level and
dimensions of 0.6m by 0.3m.
There are reports of coins having been recovered from the site of the barrow
prior to 1789, although there are no records of an excavation.
The long barrow represents one of at least three long barrows which occur as a
dispersed group in the vicinity.

The Tingle Stone long barrow survives well and will contain archaeological and
environmental evidence relating to the monument and the landscape in which it
was constructed. The occurrence of the standing stone on the mound is unusual.
This barrow is a good example representing a group of long barrows commonly
referred to as the Cotswold Severn group, named after the area in which they
occur. It is one of very few examples of this group not to have been
excavated.

Other
Mention finds from the site,
Mention the name of the site,
View of site,