A Scheduled Monument in Hayle, Cornwall 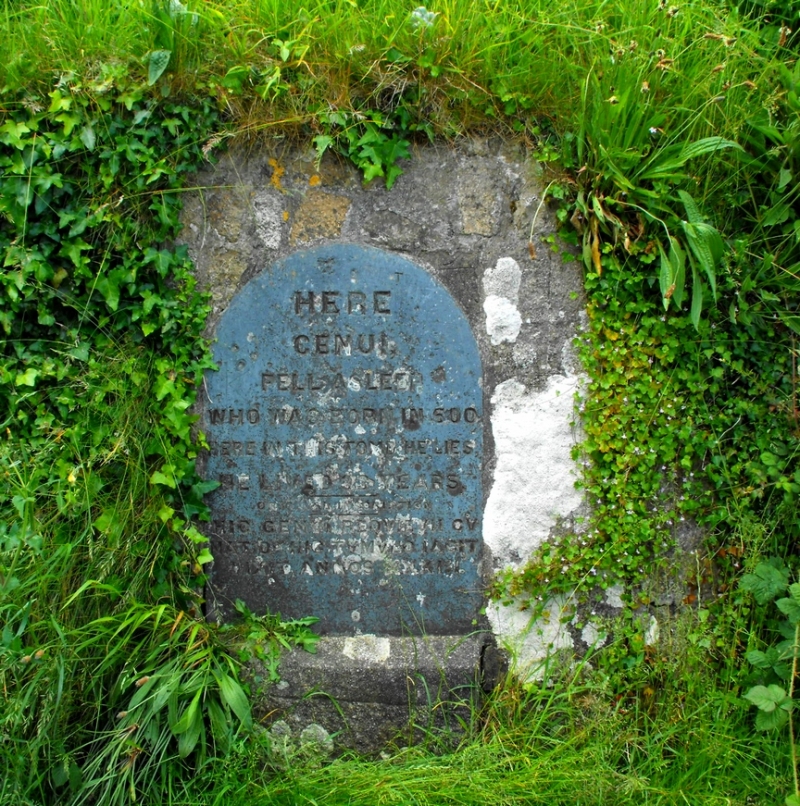 The monument at Carnsew in Hayle, which is divided into two separate areas of protection, includes a small later prehistoric hillfort with C19 landscaping at its northern end and an early Christian memorial stone.

PRINCIPAL ELEMENTS
A small later prehistoric hillfort occupying the crest and slope of a prominent hill at Carnsew, overlooking the Hayle Estuary. In the mid-1840s a network of paths was laid out on part of the hillfort. At the foot of the hill is an early Christian memorial stone (also listed at Grade II) known as the Cunaide Stone, which was re-located to its present position following its discovery very close by in 1843.

The scheduling is divided into two separate areas of protection.

DETAILS
The hillfort occupies a strategically significant controlling position on a low, but prominent, small hill at the north-east end of a broad ridge overlooking the Hayle Estuary from the south. The hill dips gently south-west to the spine of the ridge but the slope steepens considerably around the north and north-east sides, descending to what was the estuary's southern shoreline in the later prehistoric landscape, though large areas of reclaimed land now surround the foot of the slope. The hillfort's defences extend around those steeper slopes, from the north-west around the north-east to the south-east sides, defining a sub-rectangular internal area measuring up to 85m north-west to south-east by 75m north-east to south-west, with no evidence for completion of the defensive circuit on the south-west side. The interior and defences of the hillfort are crossed south-east of centre by a deep railway cutting, up to 25m wide, hence the division of the scheduling into two areas.

The defences include two lines of rampart beyond which a slight scarp follows the foot of the northern slope, 12m-20m beyond the outer rampart. The outer rampart runs straight along the contour of the hill's north-western midslope then curves around the north-east to be crossed by one of Harvey's downslope paths then partly modified by another above it as it approaches the railway cutting. South-east of the cutting, its line can no longer be perceived due to major post-medieval development. The inner rampart follows the slope crest, its line on the north-west preserved in a hedge bank from which it emerges as a distinct earthwork around the north and north-east, interrupted by the railway cutting but re-appearing to curve around the south-east of the hillfort, where its outer face becomes partly truncated by a C19 wall. The size of the ramparts varies but where least modified by later activity they appear broadly 8m-9m wide and up to 2.25m high. Some variation is attributable to Harvey's landscaping, his paths crossing ramparts in some places and revetting their edges in others. Material from his path levelling is also considered to have been dumped onto portions of the ramparts to create some anomalous accretions, notably a ramped mound forming the present highest point of the inner rampart on the north side.

The Cunaide Stone is set upright, embedded in a wall revetting Henry's path against the outer edge of the inner rampart to the north of the hillfort. The stone, as now visible, measures 1.32m high by up to 0.31m wide, almost parallel sided with a roughly rounded upper end. Centred within the top of the exposed face are two natural mineral veins forming a natural `cross', their position on the finished stone considered to have been deliberately contrived in the selection and shaping of the piece. The exposed face bears a shallow inscription in ten lines of capital letters across the width of the stone, the lettering still surviving though feint, giving a reading currently translated as `here in peace lately went to rest Cunaide. Here in this grave she lies. She lived 33 years'. A C19 translation presented on a slate slab beside the stone is based on an incorrect reading of the inscription.

The mid-C19 landscaping undertaken by Henry Harvey takes the form of levelled, revetted paths around the northern half of the hillfort. Paths are cut along the foot of each rampart, converging gradually down the long gradient to the west of the hillfort, beyond the scheduled area. The path below the upper rampart has a return which ascends the ramped mound on the north of that rampart. A further path links those below the ramparts then runs NNE over steps directly down the hillslope; as this path cuts through the outer rampart, it passes beneath a formal arch which serves as a memorial to his efforts. The arch is listed at Grade II and is not included in the scheduling.

The scheduling is divided into two separate areas of protection by a very deep railway cutting, 25m wide, which passes north-east to south-west across the hillfort destroying all archaeological features in its path. As the cutting leaves the hillfort on the north-east, it is crossed by a railway bridge which is Grade II listed and is also not included in the scheduling. The second, smaller area of protection is designed to protect the nationally-important archaeology south-east of the railway cutting, the area measuring 55m north-east to south-west by up to 30m north-west to south-east.

A number of items are excluded from the scheduling. These are all modern fences and gates, all modern metalled and gravelled surfaces, the modern landmark cross, its electricity supply cabling and trench, all modern signs, notices and the information plinth on the summit, all modern seats, all drains and grids, the surface of the former tennis court, the Grade II listed memorial arch and railway bridge, and all stored materials and modern structures in the south east side of the hillfort. The ground beneath all these features is, however, included.

The multivallate hillfort, the Cunaide Stone and mid-C19 landscaping are scheduled for the following principal reasons:

* Rarity/period: the hillfort and the Cunaide Stone provide strong indications that this was a high-status, prominent site which continued to be an important centre long after the Iron Age;

* Survival: despite some cutting of the ramparts to create ornamental paths, this small multivallate hillfort survives comparatively well and is particularly valuable for studies of later prehistoric defensive activity given its strategic setting overlooking the Hayle estuary;

* Potential: as the site remains unexcavated there is considerable potential for research and discovery. It will retain deposits that are very likely to add to our knowledge of the material culture of the hillfort's inhabitants and the wider physical environment;

* Association: the later landscaping adds a further layer of interest since it reflects the prominence of the site into the C19 and is associated with a prominent local family.