A Scheduled Monument in Padstow, Cornwall 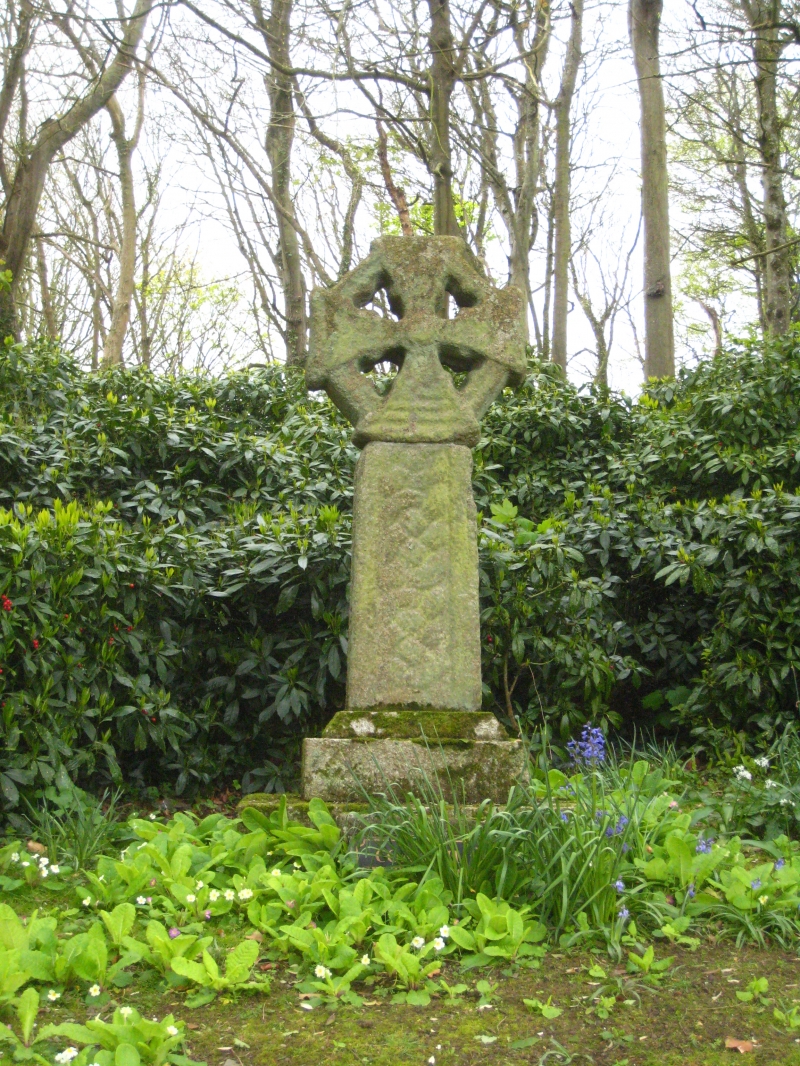 Entry Name: Wayside cross in the grounds of Prideaux Place 70m SSW of the house

The monument includes a wayside cross, situated in the grounds of Prideaux Place, in use as a garden ornament. The cross survives as a pierced, decorated wheel-head and shaft set into a modern base. The cross is approximately 1.7m high. The head is highly decorated with expanded arms joined by straight bars, creating holes which are cusped. In the centre of the head is a boss and the arms are decorated with interlacing ornament. The two faces of the shaft are covered with interlacing ornament and the sides by vine scroll. The shaft and head may not be contemporary. Writing to Langdon in 1888, Mr Prideaux Brune explained that the cross head had been in the grounds of the house for a very long time, and that he had later found the shaft and set it up on its modern base in order to preserve it.
The grounds of Prideaux Place are a Registered Park and Garden (2259).

Wayside crosses are one of several types of Christian cross erected during the medieval period, mostly from the 9th to 15th centuries AD. In addition to serving the function of reiterating and reinforcing the Christian faith amongst those who passed the cross and of reassuring the traveller, wayside crosses often fulfilled a role as waymarkers, especially in difficult and otherwise unmarked terrain. The crosses might be on regularly used routes linking ordinary settlements or on routes which might have a more specifically religious function, including providing access to religious sites for parishioners and funeral processions. Wayside crosses vary considerably in form and decoration but several regional types have been identified. The Cornish wayside crosses form one such group. The commonest type includes a round, or `wheel', head on the faces of which various forms of cross were carved. The design was sometimes supplemented with a relief figure of Christ. Less common forms include the `Latin' cross, where the cross-head itself is shaped within the arms of an unenclosed cross and, much rarer, the simple slab with a low-relief cross on both faces. Over 400 crosses of all types are recorded in Cornwall. Wayside crosses contribute significantly to our understanding of medieval routeways, settlement patterns and the development of sculptural traditions and their survival is somewhat differential because of periods of religious turbulence during the Reformation when many were subject to damage or partial destruction by iconoclasts. Despite having been moved and restoration, the wayside cross in the grounds of Prideaux Place 70m SSW of the house survives well and is an unusual and highly decorative example.