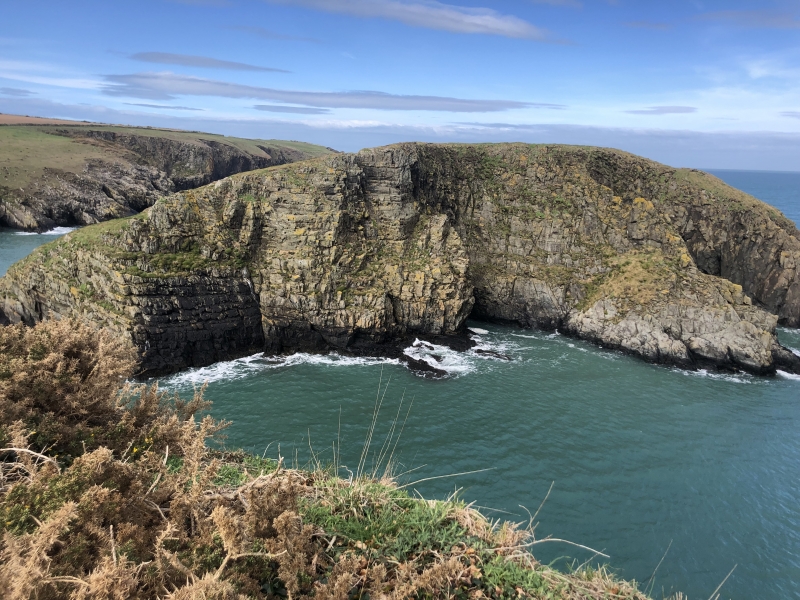 The monument comprises the remains of an earthwork enclosure and possible settlement on a craggy tidal islet at the mouth of Abercastle Bay. The date or precise nature of the remains is unknown, but they are likely to be later prehistoric or medieval. The summit is enclosed by two lines of slight bank; one passing from cliff to cliff in a straight line on the north east and another, which is L- shaped, following the cliff top west before turning to cross to the cliff at the east. Within the enclosed area of about 30m square are traces of possible hut scoops whilst others are located on the slope to the south west including a larger indentation of c 12m x 8m known as 'Bedd Bys Sampson'.