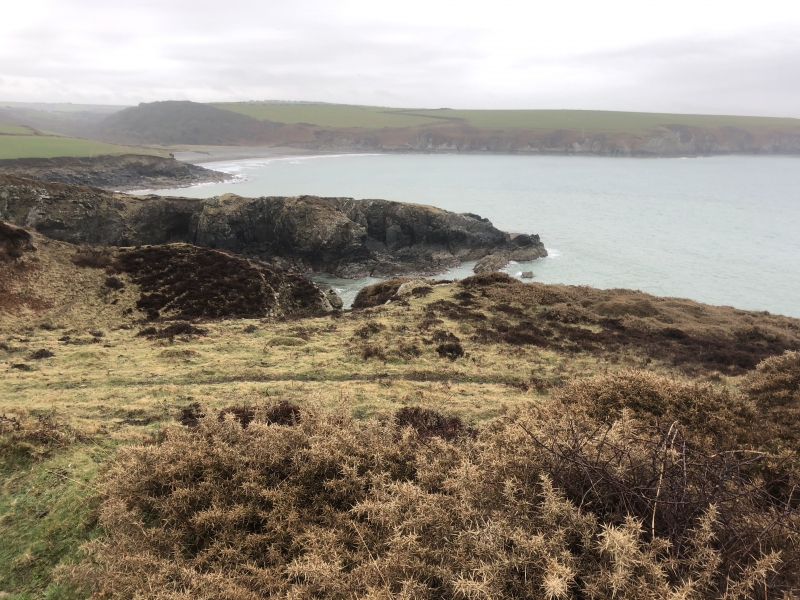 The monument comprises the remains of a small coastal defended enclosure, which probably dates to the Iron Age period (c. 800 BC - AD 43). The enclosure is located on a narrow W-facing coastal promontory above steep sea cliffs that mark the defensive circuit on the N, W and S sides. It measures 70m E-W in length by 15m transversely. The N-S aligned bank protects the neck of the promontory on the W side. It incorporates natural outcrops of rock and measures 15m in length, 1.5m in height and 4.5m in width. The neck is also defended by an outer rock cut ditch that measures 4.5m in width and 1.5m in depth. The entrance is marked by a simple gap through the bank and a causeway over the ditch towards the N end. The interior is flat and slopes gently to the S.

The monument is of national importance for its potential to enhance our knowledge of later prehistoric defensive organisation and settlement. The site forms an important element within the wider later prehistoric context and within the surrounding landscape. It is well preserved and retains considerable archaeological potential. There is a strong probability of the presence of evidence relating to chronology, layout, building techniques and functional detail.

The area proposed for scheduling comprises the remains described and an area around them within which related evidence may be expected to survive. It is an irregular polygon in shape and measures 88m in length (E-W) by 50m transversely.