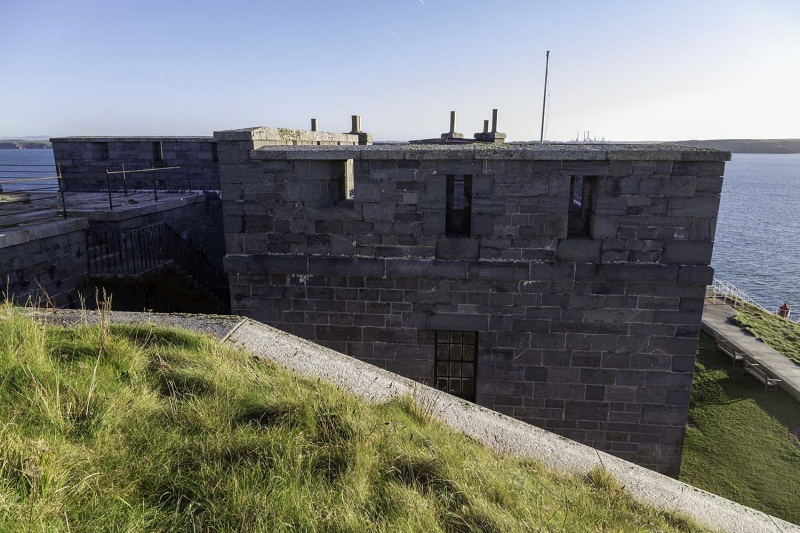 The monument is comprised of buried features and earthworks representing a fort built in 1854-7 as part of the Palmerston fortification of Milford Haven. The building has been converted to holiday accomodation and is Grade II* listed and exculded from the scheduled area. However the grounds of the fort, including the gun platform and defensive wall are retained as a scheduled monument. The monument is of national importance for its potential to enhance our knowledge of 20th century military organisation. The monument forms an important element within the wider context of the military history of Wales and the structures may contain well preserved archaeological evidence concerning chronology, layout and building techniques. The scheduled area comprises the remains described and areas around them within which related evidence may be expected to survive.