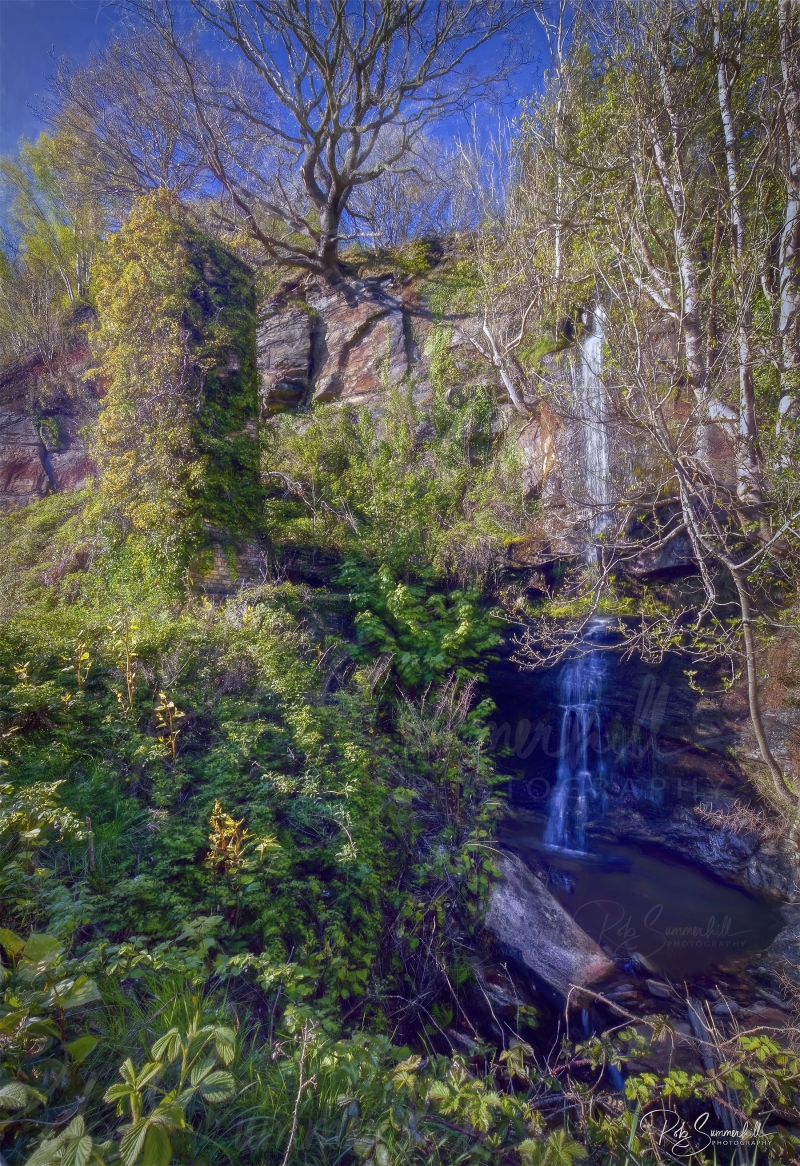 The monument consists of the remains of a 19th century colliery ventilation furnace and chimney. It served the coal level at Cwm George in the Rhondda Valley and is situated at the foot of a cliff next to a high waterfall. The chimney is tall, tapers slightly and is built of brick. At its base, on its south-west side, is a small semi-circular opening. To its south-east is a ruined archway about 1.2m wide and 1.5m high. Most of the arch has gone leaving only the springing stones on each side. Behind the chimney an arched tunnel, with an iron-stained stream in its base, runs into the hillside.

The monument is of national importance for its potential to enhance our knowledge of the early nineteenth century coal mining industry. The structures may be expected to contain archaeological information in regard to chronology, building techniques and functional detail. A colliery may be part of a larger cluster of industrial monuments and their importance can further enhanced by their group value.