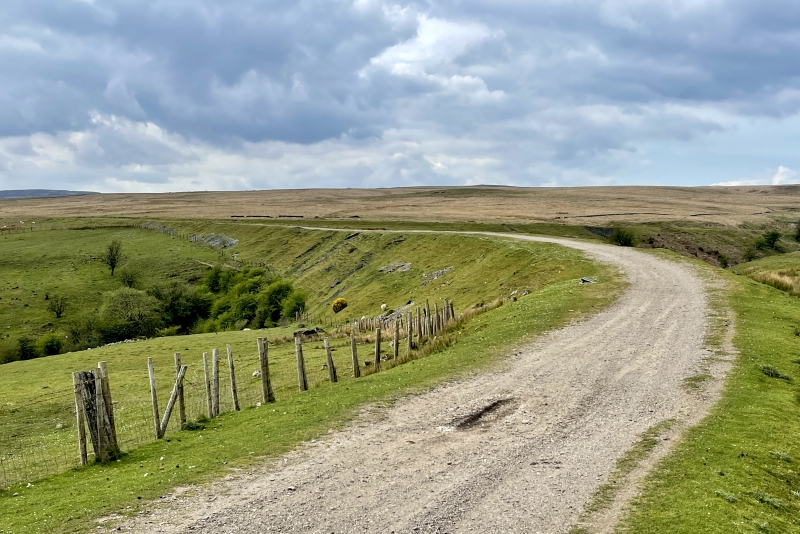 The Trefil Tramroad Company was formed in 1793 by the ironmasters of the Beaufort, Sirhowy and Ebbw Vale ironworks. The tramroad was engineered by Thomas Dadford Jnr and was completed in 1796. It brought limestone from the Trefil Quarries to the tollhouse at Trefil Machine and from there on to the respective ironworks. The tramroad was partially re-laid on several occasions over the following century. In 1919 the line of the tramroad was completely re-engineered and converted to locomotive-bearing standard-gauge. Two sections of the original route survive, having been cut off by the new railway: a short section boasting a square drainage culvert; and a longer loop around Cwm Milgatw that includes impressive engineering features such as bridges, cuttings and revetments. Features along the track bed include an original iron drain pipe which has been exposed by erosion, several stone-built culverts and numerous stone blocks.

The monument is of national importance for its potential to enhance our knowledge of the development of industrial transportation in the nineteenth century. The Trefil Tramroad played a vital role in the development of the iron industry along the Heads of the Valleys and thus also the communities that were supported by them. The rare surviving sections are a vivid illustration of the scale of the industrial ironworking landscape, linking the limestone quarrying industry (of which only a fraction of the original Trefil Quarries survives, scheduled as MM338) and the various remains of the ironworks themselves. The track bed, bridges, drainage systems, embankments and revetments may all be expected to contain archaeological information in regard to construction techniques and functional detail.