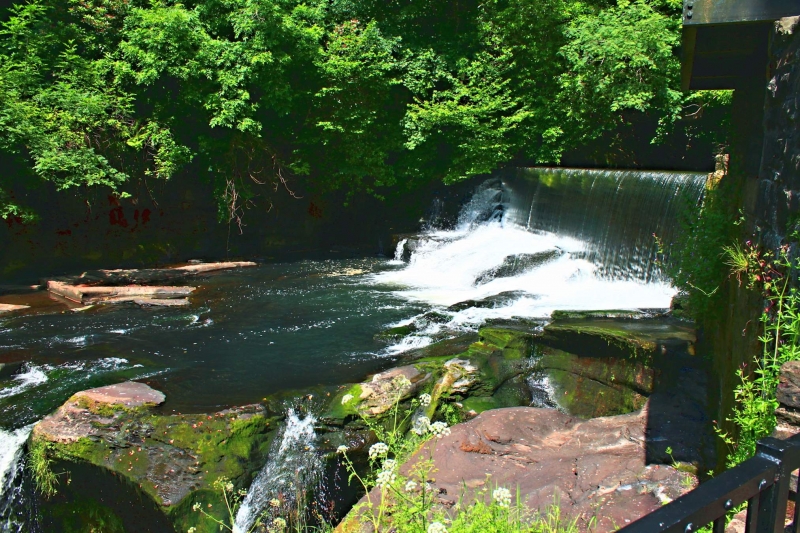 The monument consists of a tinplate works, dating to the 19th century. The tinplate works operated from the 1830s to the 1880s. The features identified at the site include rolling mill bases, reheating furnaces, an annealing furnace, a large waterwheel pit and water culverts, a chimney, and ancillary buildings. The water power of Aberdulais Falls has been used by several industries over four centuries. The Mines Royal Copper Works of 1584 was nearby, and the east bank of the river below the falls has been the site of iron forging, fulling and dyeing, corn milling, and tinplate manufacture. The monument is of national importance for its potential to enhance our knowledge of 18th or 19th century industrial practices. It retains significant archaeological potential, with a strong probability of the presence of associated archaeological features and deposits. The structure itself may be expected to contain archaeological information concerning chronology and building techniques. A tinplate works may be part of a larger cluster of monuments and their importance can further enhanced by their group value. The scheduled area comprises the remains described and areas around them within which related evidence may be expected to survive.