Site of Wireworks at Whitebrook 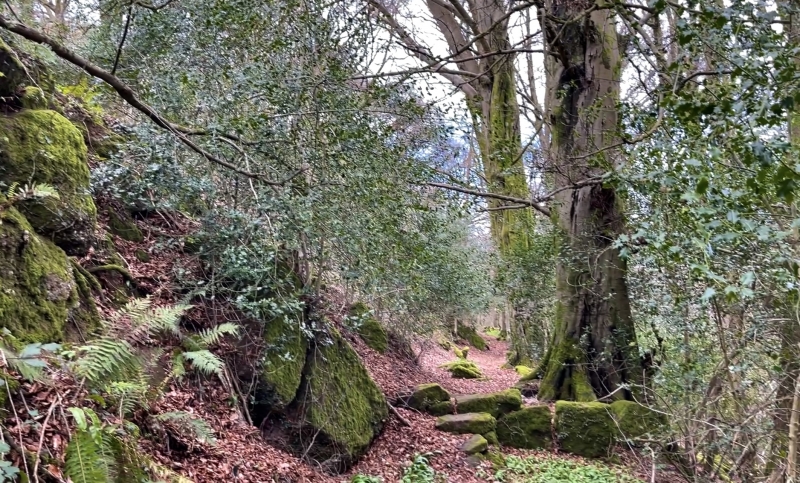 The monument consists of the remains of an iron forge, a building or site where bloom iron or cast iron is forged into wrought iron, probably dating to c. 1600. The first water-powered wireworks in Britain was built at Tintern in 1566. The Whitebrook works was taken over by the Society of Mineral and Battery Works, and may have ceased operation c. 1720. The works appears to have been supplied with water by a leat over a mile long from the White Brook. Remains of the works include buildings, terraces on the steep hillside and steps. Features such as a waterwheel pit, machinery bases and waste material would also have been associated with the works.

The monument is of national importance for its potential to enhance our knowledge of 17th to 18th century iron working and other industrial practices. It retains significant archaeological potential, with a strong probability of the presence of associated archaeological features and deposits. The structure itself may be expected to contain archaeological information concerning chronology and building techniques. An iron forge may be part of a larger cluster of monuments and their importance can further enhanced by their group value. The scheduled area comprises the remains described and areas around them within which related evidence may be expected to survive.