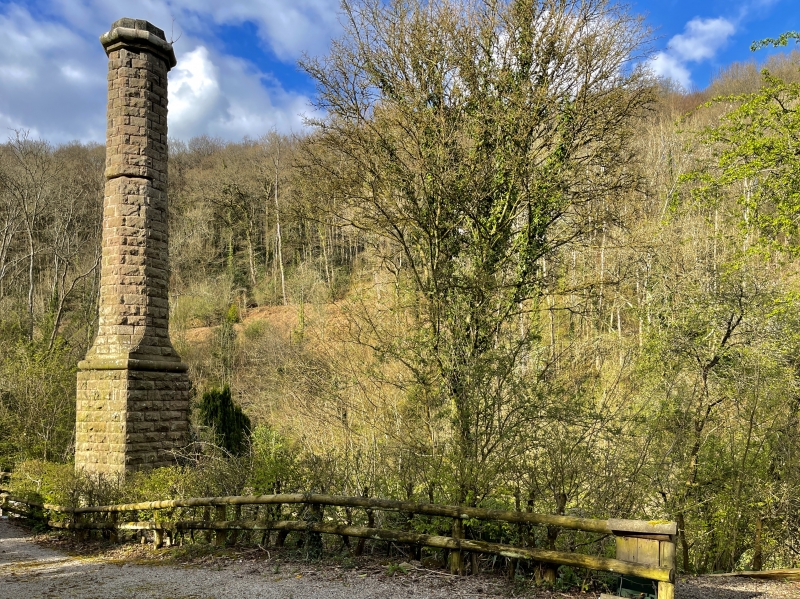 The monument consists of the remains of a mill, a factory used for processing raw materials. Clearwater Mill was established in about 1760, making it the earliest paper mill in the Wye Valley and may have been built on the site of an earlier wireworks. The paper mill was in operation until about 1875, after this at least four papermills were built along the White Brook, which was a clean and reliable water source. The location was ideal as moulds were produced from locally made wire and Bristol was not far by boat, providing rags and a market for paper. The local mills benefited from the new demand for wallpaper in the late 18th century. Clearwater mill was supplied with water power from a dam and millrace, and later by a steam engine and a water turbine. The original machinery may have been largely Hollander beaters supplying hand-operated moulds and presses, but Fourdrinier-type continuous processes were introduced in the early 19th century. The remains include the millrace, two-storey mill building, chimney, culverts, and the platforms of buildings.

The monument is of national importance for its potential to enhance our knowledge of manufacturing techniques and processes. It retains significant archaeological potential, with a strong probability of the presence of associated archaeological features and deposits. The structure itself may be expected to contain archaeological information concerning chronology and building techniques. The scheduled area comprises the remains described and areas around them within which related evidence may be expected to survive.