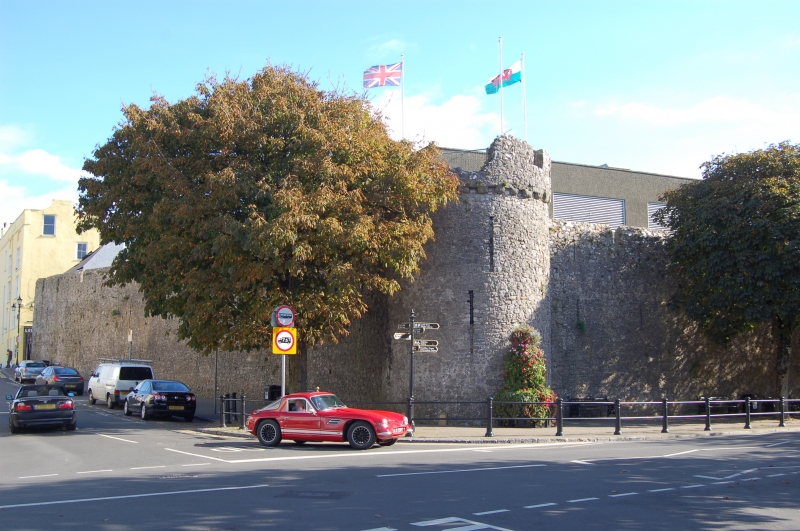 The monument comprises the remains of a defended enclosure, which probably dates to the Iron Age period (c. 800 BC - AD 43). The enclosure is located on a narrow coastal promontory above the sea where cliffs mark part of the defensive circuit on the south, west and east sides. A single bank and ditch system placed across the neck of the promontory divides an area about 65m east-west by 46m from the mainland. The defence is c. 40m long with the bank measuring 1.7m high internally and 2.8m high externally above the ditch. There is a c. 1.7m high counterscarp bank on the outer lip of the 3m wide ditch. The causewayed entrance is between the south terminal of the bank and the cliff edge,the ditch continuing at an angle down the slope a short distance.

The monument is of national importance for its potential to enhance our knowledge of later prehistoric defensive organisation and settlement. The site forms an important element within the wider later prehistoric context and within the surrounding landscape. The site is well preserved and retains considerable archaeological potential. There is a strong probability of the presence of evidence relating to chronology, layout, building techniques and functional detail.