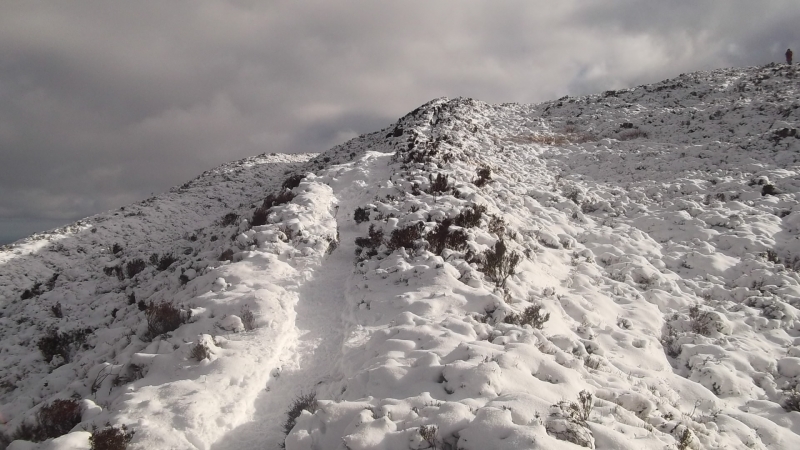 Moel Fenlli comprises the remains of a hillfort. Such monuments probably date to the Iron Age period (c. 800 BC - AD 74), although several are known to date from the Late Bronze Age with activity through to the early post-Roman period. Moel Fenlli lies at the western edge of a ridge running west-south-west to east-north-east, overlooking the passes through the Clwydian Hills to the north and south. The defences comprise up to three ramparts, and enclose an area c.10 hectares containing numerous hut platforms. The main entrance is in the west.