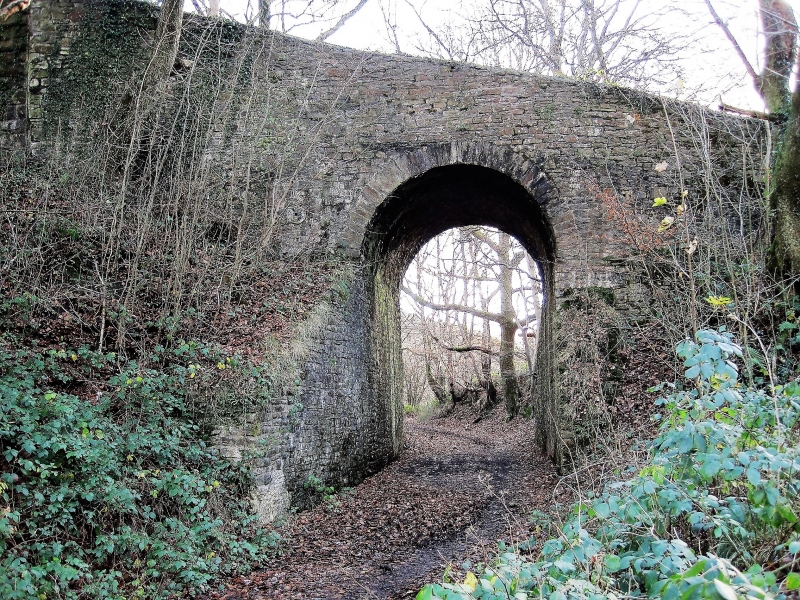 The monument comprises the remains of a well-preserved section of the Merthyr Tramroad, situated at Pont y Gwaith (between Mount Pleasant and Edwardsville). The section is an important surviving stretch of the nineteenth century Merthyr (or Penydarren) tramroad. Two associated bridges (at ST 0901 9654 and 0942 9628) are also included within the scheduling. The tramroad was built in 1793 and ran from the ironworks of Merthyr Tydfil to the Glamorganshire Canal at Abercynon. The tramroad ceased to be used in about 1880.

The great Railway Era was the product of two distinct lines of development: the growth of tramways and the appearance of the locomotive steam engine. These were first brought together, albeit in a tentative manner, by Richard Trevithick. On the 21st of February 1804, Richard Trevithick's high-pressure steam engine travelled the Merthyr Tramroad, pulling five wagons that contained ten tons of iron (the haulage of which was intended to discharge a substantial wager) and seventy passengers (the great majority of whom being last-minute opportunistic day-trippers). This was the world's first journey by a passenger-carrying railway locomotive.

The monument is of national importance for its potential to enhance and illustrate our knowledge and understanding of the development of the transport network associated with the iron industry. The importance of the monument is further enhanced by the survival of detailed historical documentation, structural features such as stone sleepers and by its association with the early railway pioneer, Richard Trevithick.