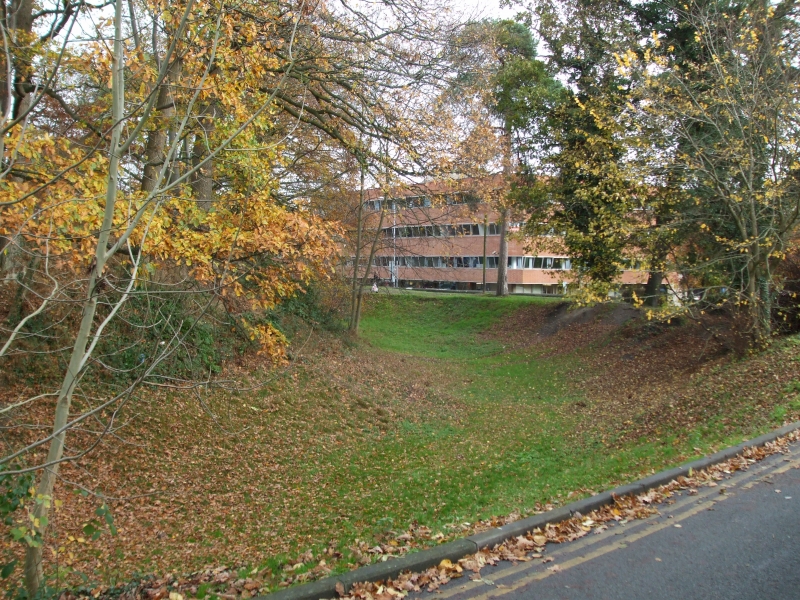 The monument comprises the remains of several prehistoric round cairns, burial mounds probably dating to the Bronze Age (c.2300 BC - 800 BC). Located on an elongated plateau at nearly 360m above OD, the number of cairns is exceptional.

Seventy-eight small stony mounds have been identified scattered irregularly over an area about 640m north-south by 230m wide. One mound (Cairn A) is 6.1m in diameter and 0.6m high and appears to have contained a cist and to have been surrounded by a rough kerb. The remainder comprise structureless cairns of stone, mostly very low and inconspicuous; only three are as much as 1m high. The majority (sixty-six) have their larger diameters ranging from 2.8 to 6.7m; of these, fifty-one are round, the rest oval. Ten are larger, four being round measuring from 7.3 to 10.4m in diameter, the remainder being oval, lengths ranging from 8 to 11m. Near the northern limit of the group, a low bank, about 3.7m wide and 0.6m high where best preserved crosses the plateau. Near its eastern end two upright slabs 1.7m apart probably indicate its original width. A branch to the south forms an incomplete enclosure. Near the southern limit are the foundations of two rectangular buildings about 10.7 by 4.6m, now represented by slight low banks about 0.9m wide. The presence of these buildings and of the low bank suggests that some of the cairns may be no more than clearance dumps, but some would be acceptable in isolation as burial cairns, especially that which shows traces of kerbing, and the larger cairn at the south-eastern limit of the group.

The monument is of national importance for its potential to enhance our knowledge of prehistoric burial and ritual practices. The features are important relics of a prehistoric funerary and ritual landscape and retain significant archaeological potential, with a strong probability of the presence of both intact burial or ritual deposits and environmental and structural evidence. Cairnfields may be part of a larger cluster of monuments and their importance can further enhanced by their group value.