A Scheduled Monument in Llancarfan, Vale of Glamorgan (Bro Morgannwg) 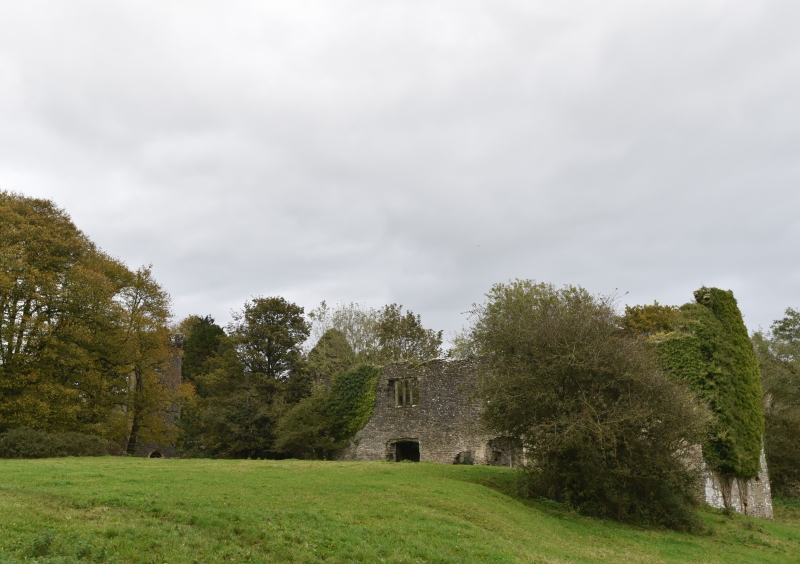 The monument consists of the remains of a house, dating to the 16th century. It includes outbuildings, gardens and three covered wells that supplied water to the house via an underground pipe. The complex was built by families of high social status within the county and the gardens in particular are of a scale and sophistication that is rare not only in the immediate locality but in Wales as a whole.

The chief factor that makes the gardens of Llantrithyd Place of exceptional, national importance, is the survival unaltered of their 16th century structure and layout. Very few Tudor gardens survive in Wales and of those that do only a very small number are of the complexity and sophistication of those of Llantrithyd Place. Because of their unaltered state the gardens have very great archaeological potential.

The relict gardens are formal in character and comprise a number of inter-linked elements. Around and below the house is a series of terraces, at the foot of which are ponds fed by a canalised stream. There are a number of ruined buildings at the foot of the terraces. A raised walk encloses one end of the terraces and continues to a gazebo, built on a high platform, on the opposite side of the valley. Below the ponds is a large walled enclosure through which runs the canalised stream, flanked by a raised walk. Three covered wells that supplied water to the house, via an underground pipe, are situated on the flank of the valley a short distance to the south of the gardens.

The monument is of national importance for its potential to enhance our knowledge of settlement and garden development. It retains significant archaeological potential, with a strong probability of the presence of associated archaeological features and deposits. The structure itself may be expected to contain archaeological information concerning chronology and building techniques. A house may be part of a larger cluster of monuments and their importance can further enhanced by their group value.