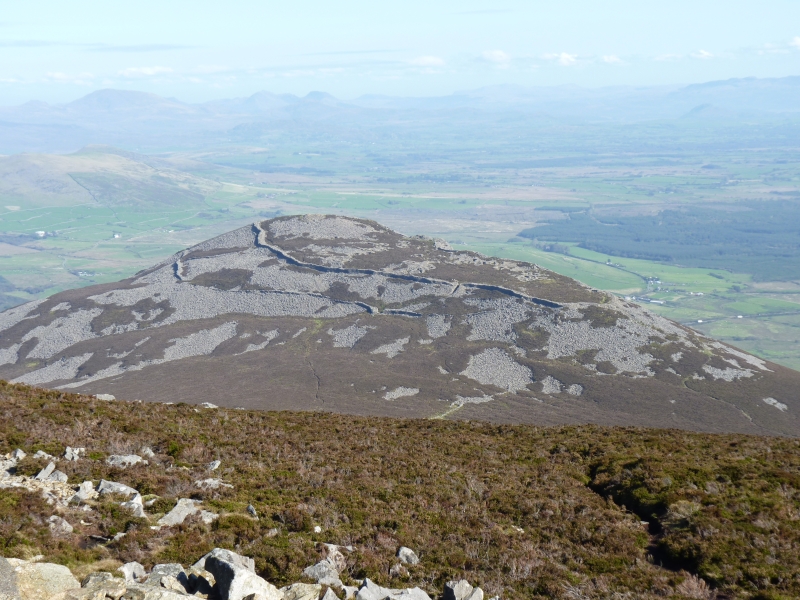 The monument comprises of two overlapping Roman forts, together with roads and a vicus at Dinefwr Park, Llandeilo. The location of the site was identified through geophysics and subsequent test excavations. The monument primarily survives as buried features, except for the location of the combined defensive circuit of the two forts on the W, N and E sides, which is marked by a significant break in slope. The primary Roman fort network was designed and constructed by the Roman army for the purpose of military conquest and rule. The forts at Dinefwr Park were part of a network of forts built to protect the major E-W route across south Wales using the Usk and Tywi valleys and date from the Flavian-Trajanic period of conquest and garrison (between AD 74 and AD 117). The earlier fort measures c. 250m SW-NE by c.180m transversely. The later fort measures c. 180m SW-NE by c.160m transversely. The vicus, a non-planned civilian settlement, consists of a linear string of buildings straddling the primary NE-SW oriented road and is located immediately to the northeast of the later garrison fort's NE entrance. It measures c. 100m SW-NE by c. 50m transversely.

The monument is of national importance for its potential to enhance our knowledge of Roman military organisation. The monument forms an important element within the wider context of the Roman occupation of Wales and the structures have been demonstrated, through excavation, to contain well preserved archaeological evidence concerning chronology, layout and building techniques. Excavation has also demonstrated that stratigraphic and artefactual evidence, including organic remains, survive well.

The area scheduled comprises the remains described and an area around them within which related evidence may be expected to survive. It is polygonal in shape and the southern boundary follows the N edge of the E-W road to the S of the forts. It measures 570m NE-SW by 290m transversely.