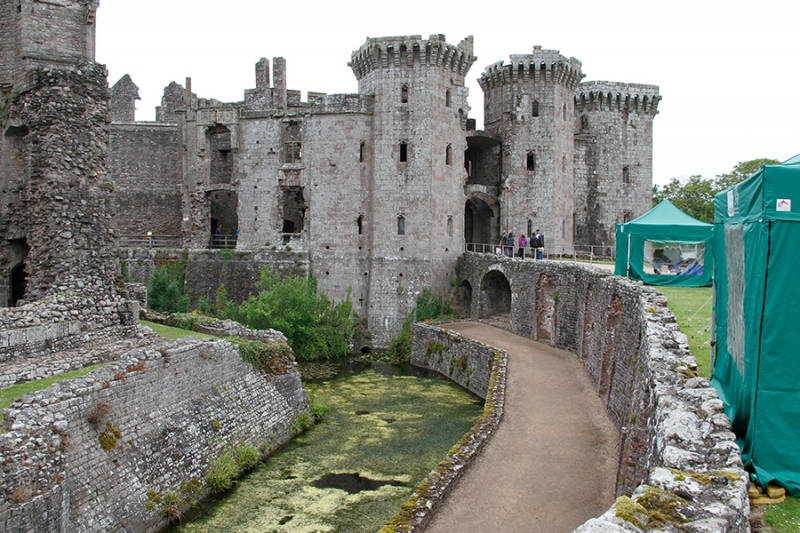 The monument comprises the remains of a defended enclosure, which probably dates to the Iron Age period (c. 800 BC - AD 74, the Roman conquest of Wales). Inland promontory forts are usually located on a ridge or spur with steep slopes on 2 or 3 sides, and artificial ramparts on the level approaches. Alternatively they may have been constructed on a promontory above the confluence of two rivers, or in the bend of a meander. Castell Pengegin is defended onn the northwest and west by double bank and ditches set across a promontory that is naturally defened on the other sides by steep slopes down to the River Gwaun. The curving defence is c100m long; the inner bank rises 1.3m to 1.6m above the fort's interior and 4m to 5m above the ditch outside it, the outer bank rises 3.2m above this ditch and then 2m above an outer ditch. Overall the defensive system is 25m wide. The area enclosed measures c65m east to west c55m north to south. The entrance is to the south west.