A Scheduled Monument in Dee and Glenkens, Dumfries and Galloway 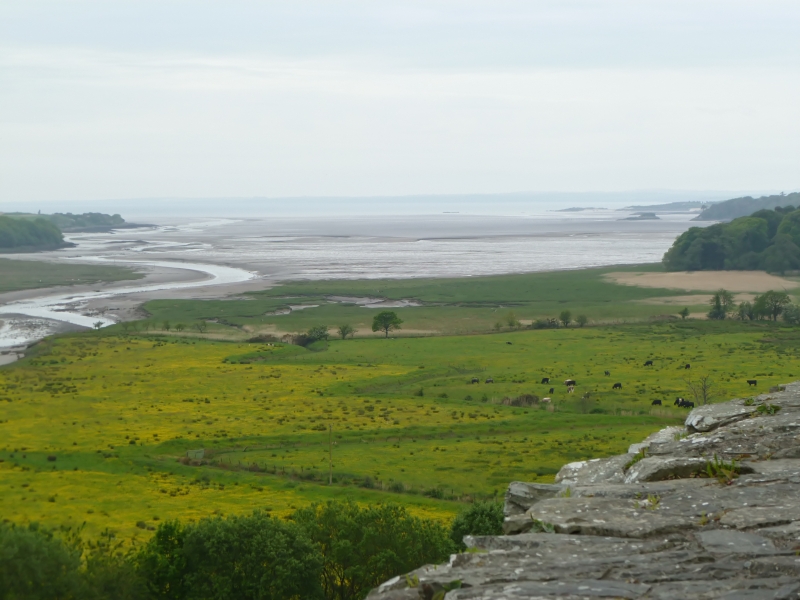 The monument comprises the remains of the tower house of Cardoness and associated buildings, surviving as substantial standing structures and as buried archaeology, together with an area enclosing the barmkin and outer defences. The monument was originally scheduled in 1928, but the surviving documentation does not meet modern standards: the current rescheduling rectifies this.

Cardoness Castle stands on a rocky eminence, the base of which until recently was awash at high tide, with commanding views over the Fleet Estuary. It was built by the McCullochs, important local lairds, towards the end of the 15th century. The now roofless main tower had six storeys of accommodation, stacked one on top of the other, which survive to a height of 16m, almost complete to just below wall-head and parapet level. In plan the tower measures 13m by 9.7m. The great hall was on the first floor, where the remains of a magnificent fireplace, with a fine aumbry and salt-box, can still be seen. The castle was built with artillery defence in mind, and provided with gun-holes of the inverted keyhole type. There is a general lack of windows and other openings, especially on the exposed N elevation, emphasising the strongly defensive purpose of this castle. The S elevation has more openings, facing on to and protected by the courtyard.

The courtyard comprised an inner, walled enclosure, with the tower forming the N side, and with a projecting range on each of the E and W sides. These both comprised a vaulted undercroft with a floor above, at the level of the tower entrance. This in turn was enclosed by an outer barmkin wall or earthwork, which ran around the edge of the hilltop, now very poorly preserved. Traces of building foundations can be seen within the outer enclosure, to E and S of the tower. The entrance through the outer enclosure may always have been on the E side, as it remains today.

Cardoness Castle was located in a key strategic position on the Solway coast, and yet the main threat was from feuds with neighbouring families. However, conflict with England brought the castle into prominence, sufficient to warrant a report being prepared in 1563-66 for Queen Elizabeth by an English spy, in advance of an invasion which never came. It remained in the hands of the McCulloch family until 1697, when Sir Godfrey McCulloch was executed in Edinburgh for the murder of Gordon of Bush o'Bield. The castle was abandoned soon afterwards. It came into care in 1927.

The area proposed for scheduling comprises the remains described and an area around them within which related material may be expected to be found. The area is irregular in plan with maximum dimensions of 98m NE-SW by 55m NW-SE, as marked in red on the accompanying map. The modern fences are excluded from the scheduling. The scheduled area is identical in extent to that of the area in guardianship.