A Scheduled Monument in West Fife and Coastal Villages, Fife 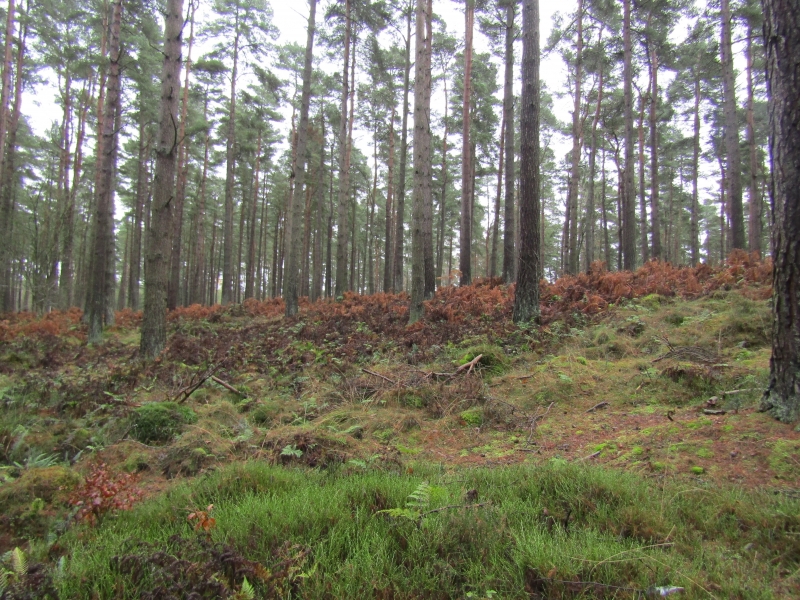 The monument comprises a well-preserved substantial oval enclosure of probable prehistoric date. The monument is located at around 50m OD, on a small plateau of regular oval form within Bogside Wood.

The enclosure is defined by a bank and external ditch which together enclose an area measuring about 60m northwest-southeast by 45m transversely. The bank and ditch together measure about 6m across, from the crest of the bank to the outer edge of the ditch. There is a height difference of c.1.5m from the top of the bank to the bottom of the ditch, though it is somewhat greater on the northwest side where the ground is steeper. A counter-scarp bank is visible at various points around the circuit.

There is a causewayed entrance, 6m wide, in the southeast side of the enclosure. No features are visible on the ground surface in the interior of the enclosure. It seems likely that the bank carried a palisade, but the earthwork is on relatively low-lying land and is not clearly defensive or fortified.

The scheduled area is irregular on plan and includes the remains described and an area around in which evidence relating to its construction and use may survive, as marked in red on the accompanying map.

The monument is of national importance as an unusual and well-preserved, substantial ditched enclosure. Although now within a woodland plantation, the monument has survived as an upstanding earthwork in an area where upstanding monuments are relatively scarce. The monument retains considerable potential to provide important information about its construction and use, which will add to our understanding of prehistoric settlement in lowland Scotland.