A Scheduled Monument in Abbey, Dumfries and Galloway 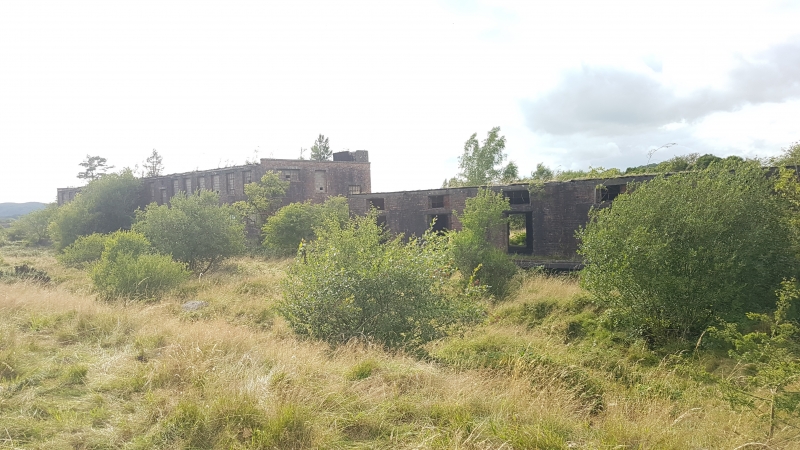 The monument comprises parts of a remarkably well-preserved example of a World War II explosives factory, with buildings and earthworks illustrating the function of the main elements of the production of explosives very clearly. The factory was used for the manufacture of nitroglycerine and cordite. The buildings were erected by Sir Robert McAlpine and Sons in 1940 and used throughout the war.

The complex covered 555 acres, 334 acres within the factory security fence. A short siding ran from the railway near Southwick Station to the factory and a 2 mile length of main line ran inside the factory. There were 240 separate structures as originally built, and in addition to the railway the factory had its own complex road system. However, the buildings were designed to be of a temporary nature, and because of the inevitability of the deterioration in the materials used (poor quality brick and concrete) only a selection of the best-preserved and most representative structures are to be scheduled, including explosives manufacturing buildings, storage magazines, processing plants, elements of the transport system and the defensive pill-boxes.

The areas to be scheduled are marked in red and numbered on the attached plan.

structures built then covered with earth mounds to form safe

underground storage for unstable explosives: many of the doors and fixtures still survive. (Divided into areas 2a and 2b.)

windows high in the front elevation, over a concrete walkway. Doors, windows and some fixtures survive intact. Mostly single pile, but one double-pile building, with a flat roof. (Two separate groups, areas 3a and 3b.)