A Scheduled Monument in Trossachs and Teith, Stirling 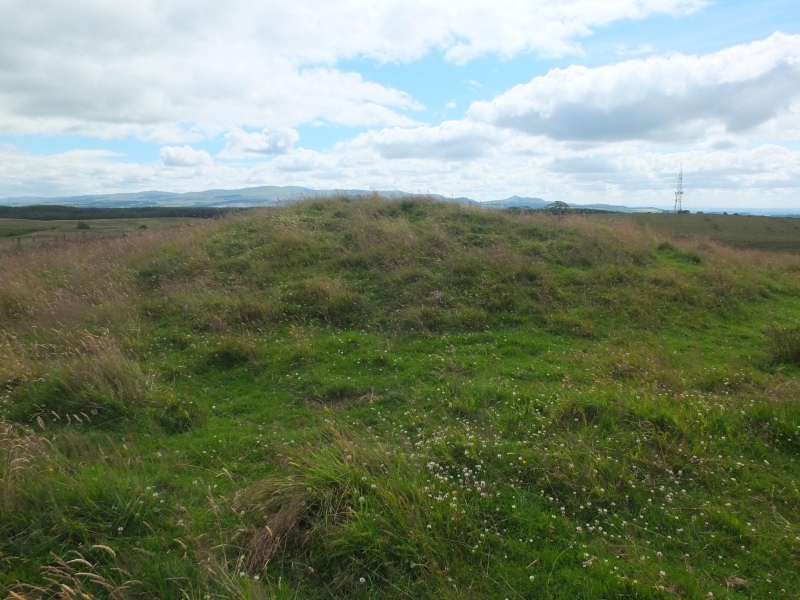 The monument comprises the remains of a burial cairn of prehistoric date, surviving as a turf-covered stony mound.

The monument lies on the crest of a ridge overlooking the valley of the Ardoch Burn, from which it appears as a prominent landscape feature, at around 190m OD.

It comprises the remains of an oval cairn some 22m N-S by about 18m transversely, rising to a height of about 1.8m. Robbing has removed some of the stone on the S and may partially account for its apparent oval shape. Burials and related ritual deposits may be expected to survive within, under and around the cairn.

The area to be scheduled encompasses the visible remains and an area around them in which traces of associated activity may be expected to survive. It is circular with a diameter of 50m as marked in red on the accompanying map.

The monument is of national importance because of its potential to contribute to our understanding of prehistoric ritual and funerary practices.