A 1.43km length of the Ellesmere Canal and associated features at Chirk Bank 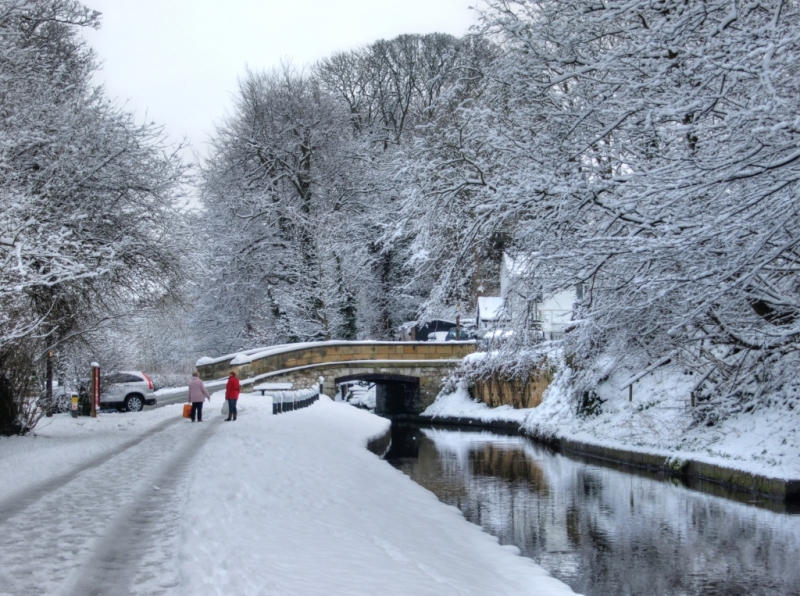 Entry Name: A 1.43km length of the Ellesmere Canal and associated features at Chirk Bank

This monument includes a 1.43km length of the Ellesmere Canal leading through
Chirk Bank from the Welsh border at Chirk Aqueduct to Gledrid Bridge. In
addition to the highly-engineered canal itself, a number of associated
features are included within the monument and amongst these are a quarry from
which stone was extracted to build Chirk Aqueduct, the tow path, most of the
cutting, a substantial proportion of the embankment, the wharfs, the English
length of Chirk Aqueduct and a footbridge abutment.

The monument forms part of the Ellesmere Canal scheme that was promoted by
Act of Parliament in 1793. Originally, the intention was to provide a north
to south link from the River Dee at Chester to the River Severn at
Shrewsbury. However, instead, a west to east canal leading from Llangollen to
the Chester Canal at Hurleston Junction was built. The Ellesmere Canal
merged with the Chester Canal in 1813. A merger with the Birmingham and
Liverpool Junction Canal in 1845 was followed in 1846 by the formation of the
Shropshire Union Railways and Canal Company. By 1939 traffic on the line from
Hurleston to Llangollen had ceased, and was closed to navigation by Act of
Parliament in 1944. The canal however remained as a water feeder for the
main line of the Shropshire Union Canal and with increasing amenity demands
was reopened and is now known as the Llangollen Canal.

The western part of the canal cut through a series of steep sided hills and
valleys resulting in the need for heavily engineered solutions exemplified by
the Pontcysyllte and Chirk Aqueducts, a number of tunnels and cuttings carved
along the contours of the landscape. The Principal Engineer for the canal was
William Jessop (1745-1814), one of the most important canal and dock
engineers of the day. The General Agent was Thomas Telford (1757-1814), then
a little known county surveyor, but to become the most prolific civil
engineer of the early nineteenth century. Together, they developed and
engineered a solution which was bold, innovative and radical, which at the
same time blended in with and even enhanced the existing landscape. The
heavily engineered section of the canal lies mainly within Wales, but the
length in England has the most significant example of a terraced embankment
standing as it does up to 18.3m high and the southern part of the Chirk
Aqueduct, which when built in 1801, was the highest such structure to have
been built.

The Chirk Aqueduct spans the valley of the River Ceiriog and is a roughly
coursed limestone rubble structure with ashlar dressings and cast-iron
railings on the east side. It is 21.34m (70ft) high with ten round-headed
arches divided by pilaster strips and curving end walls. The arches have
keystones and imposts struck through to the soffit. The canal is in a trough
with cast-iron bed and stone side walls.

Much of the stone used to construct the Chirk Aqueduct was extracted from a
quarry at NGR SJ 2904137124. This survives as a steep-sided hollow up to 10m
deep situated adjacent to and south of the canal. At the north eastern edge
of this quarry is an ashlar pillar with iron railings on the side and archway
at the front which would have originally led to a footbridge across the
canal. Chirk Aqueduct is a Grade II* Listed Building.

Modern road and path surfaces, fences, services, safety and emergency
apparatus, benches and bollards are excluded from the scheduling, but the
ground below is included.

Canals played a crucial role in the Industrial Revolution. They were
essential for transporting both the raw materials and finished products.
Without them the character and probably the significance of industrial
development in Britain would have been very different. The development of
the canal network was carried out in a piecemeal manner over time but it is
universally recognised that the highly engineered lengths of the Ellesmere
Canal represent the apogee for canal building in Britain.

Taken together with the scheduled Welsh length of this canal, the 1.43km
length of the Ellesmere Canal and associated features at Chirk Bank represent
an exceptional example of a pioneering, heavily engineered cutting and
embankment associated with an impressive aqueduct which when built was the
tallest in the world.