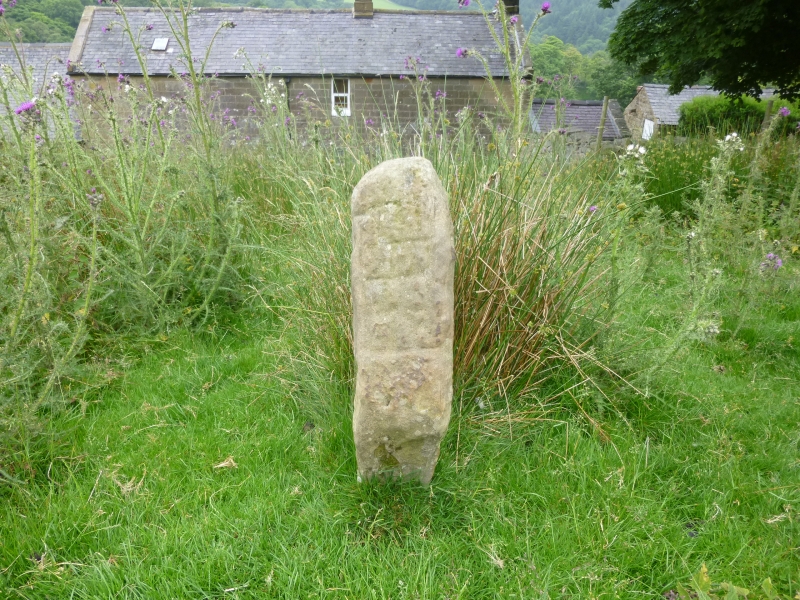 This stone stands just to the north of Lins farm and south of the main group of carved stones in this area. It is named after the tenants who occupied the farm in the 1850â€™s. It is sandstone and about 3ft in height and has an eroded linear grid pattern on its northern face. The linear carving is similar to other carvings on stones located to the north. This view is of the northern face and was taken in the second week of July 2013