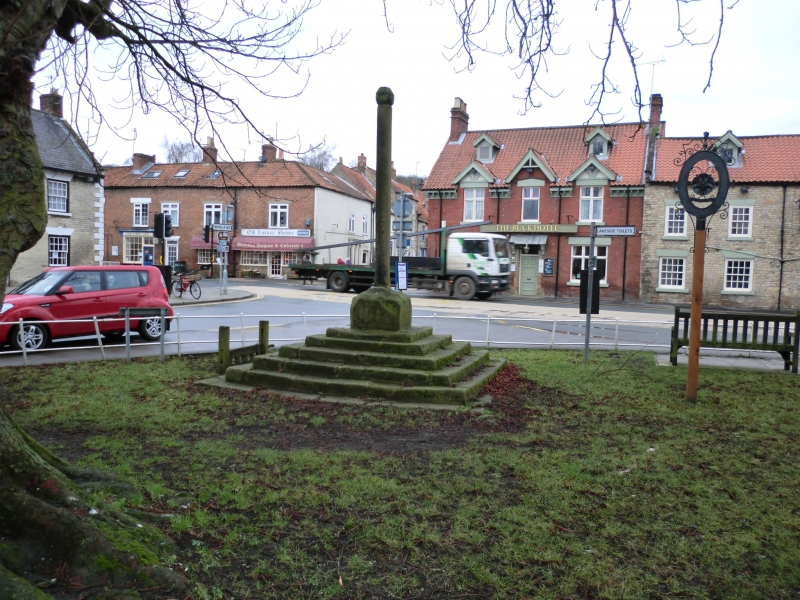 The monument includes a stepped stone cross, of limestone, raised upon a
flight of six stone steps, square in plan, surmounted by a square,
chamfered pedestal (0.71 sq m). The tapering shaft is approximately
0.20 sq m with chamfered corners, extending to its full height of 2.80m. A
plain chamfered block tops the shaft. The elements of the cross all appear
to be original, probably dating from the 15th century. The cross is Listed
Grade II. Adjacent to the cross is a pair of wooden stocks that are also
included in the scheduling.

The metal railing and signpost are excluded from the scheduling, although
the ground beneath them is included.

The standing cross 180m north of Hall Farm is a well-preserved example of
this class of monument. Despite some weathering, this is a good example in
a prominent roadside position. The stocks are also a good example of the
type.