Cross in the churchyard of the Church of St Decuman

A Scheduled Monument in Watchet, Somerset 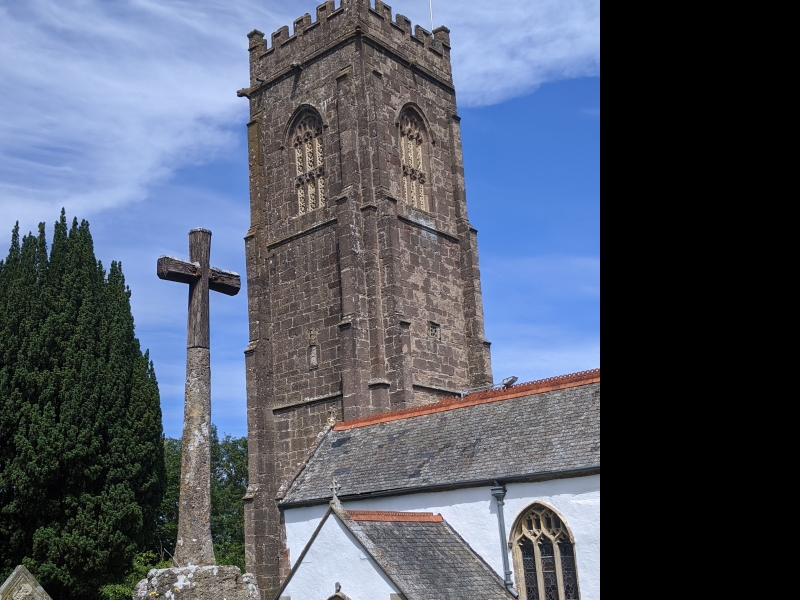 Entry Name: Cross in the churchyard of the Church of St Decuman

The monument includes a medieval cross situated immediately east of the south
porch in the churchyard of St Decuman's parish church on the south western
edge of Watchet. The cross comprises an octagonal three-stepped base, a socket
stone, and part of a tapering shaft. The sides of the three base steps, from
the lower step upwards, are 1.25m, 1m, and 0.8m long respectively and each
step has an overhanging dripmould. The socket stone is 0.9 sq m and 0.6m high
with the upper corners chamfered; it has a surviving length of 2m of original
shaft set into it. The shaft is topped with a wooden cross which is a modern
mid-20th century addition.
The cross dates from the 14th or 15th century and stands in the graveyard of
the church which can trace its history from at least 1310 and possibly even
earlier. The cross is Listed Grade II*.
The modern wooden cross which is attached to the original length of shaft and
all gravestones which fall within the cross's 1m protective margin are
excluded from the scheduling, although the ground beneath them is included.

The medieval cross in the churchyard of the Church of St Decuman remains
largely intact in what is believed to be its original position in the
graveyard. The original cross head has been removed (probably during the
time of Oliver Cromwell) and has more recently been replaced.