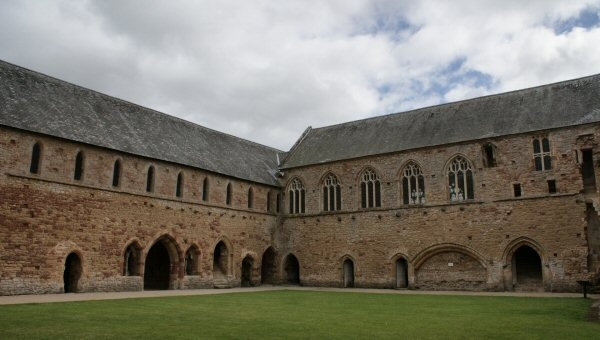 The Cistercian abbey and precinct at Cleeve has been described as the best
preserved and most complete example in southern England. It is an outstanding
example of its class and attracts many visitors. The 15th century oak roof of
the refectory is a pre-eminent example of medieval carpentry. The presence of
a separate room for a library is unusual as it represents a departure from the
normal Cistercian custom of housing the library in the western half of the
sacristy. The survival of wall painting in the sacristy, gallery and painted
chamber is of importance and interest given the rarity of medieval decorative
schemes, and on account of the strictness of the Cistercian statutes towards
all forms of decoration.