A Scheduled Monument in Over Alderley, Cheshire East 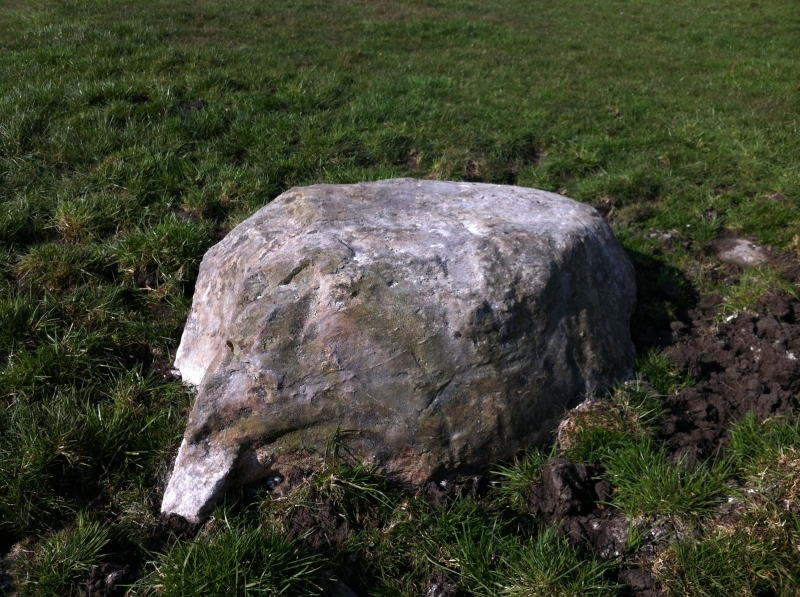 The monument includes a large boulder, half buried in a field on Finlow Hill.
It lies on the former medieval boundary between the parishes of Nether
Alderley and Over Alderley, but later agricultural work has removed the bank
on which it must have stood. This stone is referred to locally as the `Great
Merestone' and is one of a number mentioned in a description of a
perambulation of the parish and estate boundaries of May 1598.
The stone is a roughly squared boulder about 1.30m in diameter and made of a
fine-grained sandstone, possibly a glacial erratic. It stands 0.40m above the
present ground level. On the top surface is a damaged carved cross with the
arms about 0.30m across.

The Great Merestone medieval boundary marker on Finlow Hill, 245m east of
Mottram House, appears on a description of the parish and estate boundaries of
the area of Alderley Edge dated 1598. The stone is known locally as the `Great
Merestone' and has attracted much attention as a semi-sacred object. Together
with two other markers on the Edge they constitute an uncommon survival of
medieval boundaries and provide important evidence of the extent of the
medieval parochial and estate landholdings.
Although the site is not open to the public, the stone is visible from the
road from Finlow Hill Lane to Bradford Lodge, and so the monument provides
an educational resource for the numerous visitors to this area.