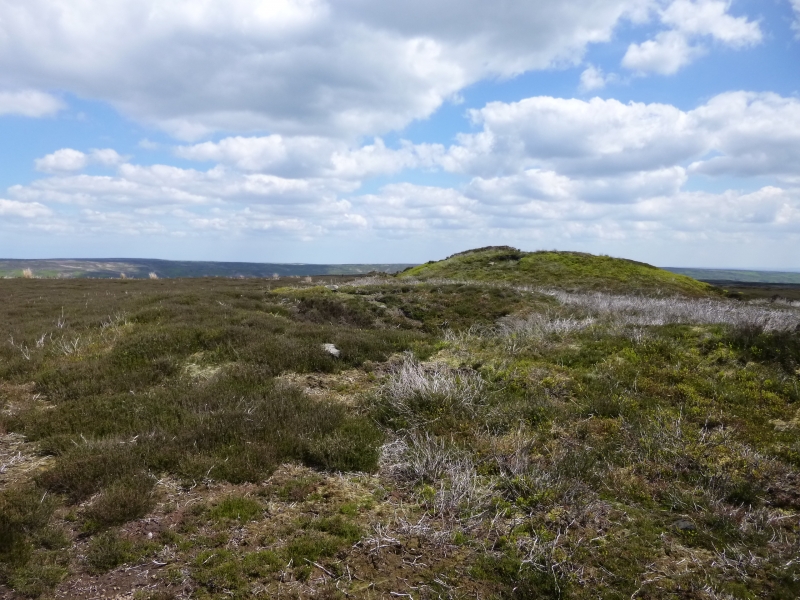 A view looking north of the most northerly of what is described as the southern pair of round barrows with what I think is the hollowed out centre of another round barrow directly in front pf it. Photo taken in May 2014