A Scheduled Monument in Wing, Rutland 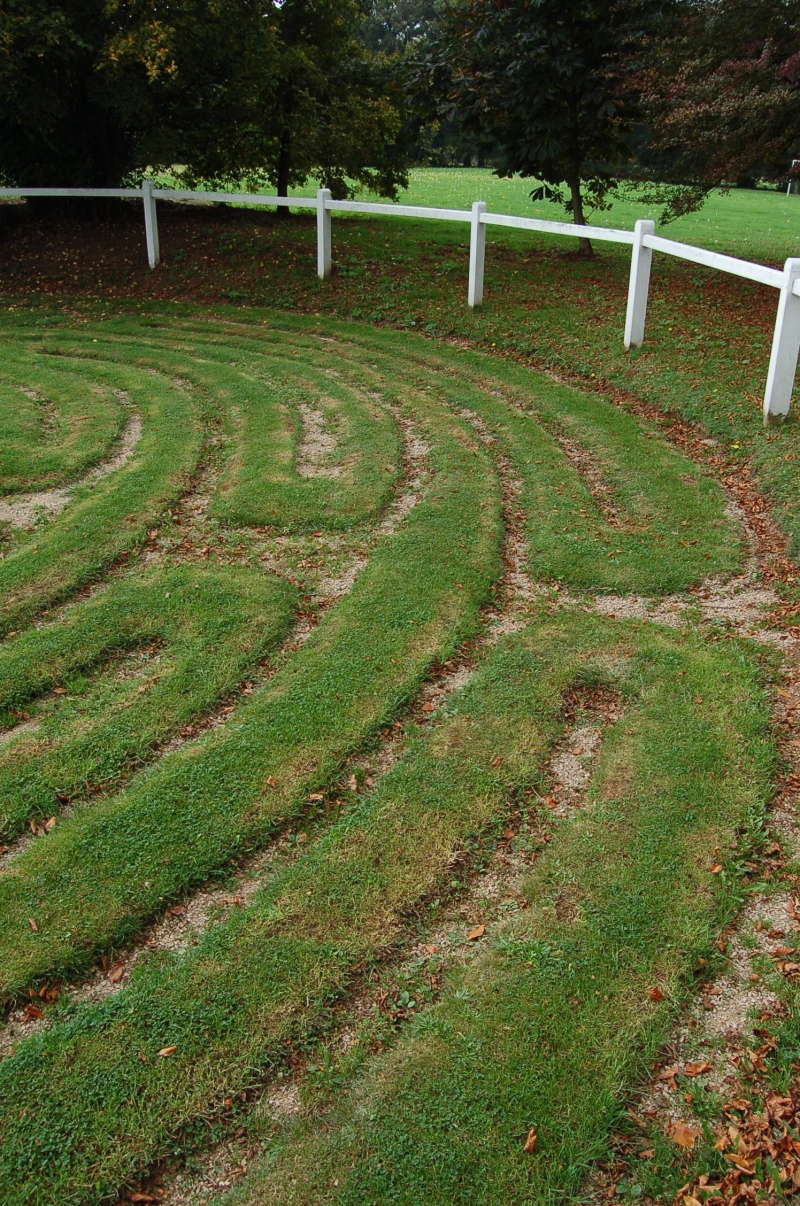 The monument includes the buried and earthwork remains of a medieval turf maze
220m south east of St Peter and St Paul's Church.
The maze is circular and measures approximately 14m in diameter. A single path
forms an 11 ring, cruciform pattern which is typical of medieval church mazes
and similar to that in Chartres Cathedral. It is also believed that the
pattern is similar to that at the church of Santa Maria in Aquino at Rome.
The maze path is cut into the turf approximately 5cm to 10cm deep and is 22cm
to 45cm wide. It is gravel filled, and it has been suggested that it may have
had an external bank although no trace of this is evident.
The timber fence and interpretation board are excluded from the scheduling,
although the ground beneath them is included.

Mazes have a long lived history and have a variety of form and purpose, most
commonly as garden features. They are thought by some to derive from
prehistoric cup and ring marked stones and other megalithic sculpture
with spiral designs, several examples of which are found in the British Isles.
The earliest recognized maze design is the seven ring classical or Cretan
labyrinth, single pathed and found as designs carved on stone, cut into turf
or marked by boulders. Mazes also exist as designs on Roman produced mosaic
pavements; and six are known to be in Britain. The medieval Church adopted a
new design of maze, the earliest known full sized example being the pavement
maze in Chartres Cathedral laid out in 1235. These medieval Christian mazes
are circular or octagonal, with a single path following 11 concentric rings
and forming an overall cruciform design, probably meant to be used as a
penance, completed on the knees to gain forgiveness for sins. More secular
uses of mazes continued until at least the 18th century, although between 1649
and 1659 maze games were one of the activities either discouraged or outlawed
by the Puritan dominated Republic. The first more complicated puzzle mazes
developed from the 15th century as features of ornamental gardens, with paths
separated by hedges or flower borders, the most famous being the Hampton Court
maze which was laid out in 1689-96. In the 19th century there was a revival of
interest in mazes of all designs which continued into the 20th century. It is
thought that there were over 100 medieval turf cut mazes in England of which
the approximate locations of 60 are known. Of these, less than eight are
believed to survive in their original locations. A number of other maze types
are also known, including small finger mazes carved on natural rock walls in
Cornwall, and at least one boulder maze on the Isles of Scilly.
Mazes are a rare monument type, providing an unusual insight into early
social, recreational, religious and ritual activity. All examples still in
their original position and with a documented antiquity are likely to be
nationally important.

The maze 220m south east of St Peter and St Paul's Church survives well and is
a rare example of a once more common monument class. As part of a more
widespread tradition, its complex pattern has continental parallels providing
an insight into artistic and religious links between Europe and England. The
survival of the maze as a public monument to the present day demonstrates its
continuing importance as an amenity to both the local populace and to the
wider public.