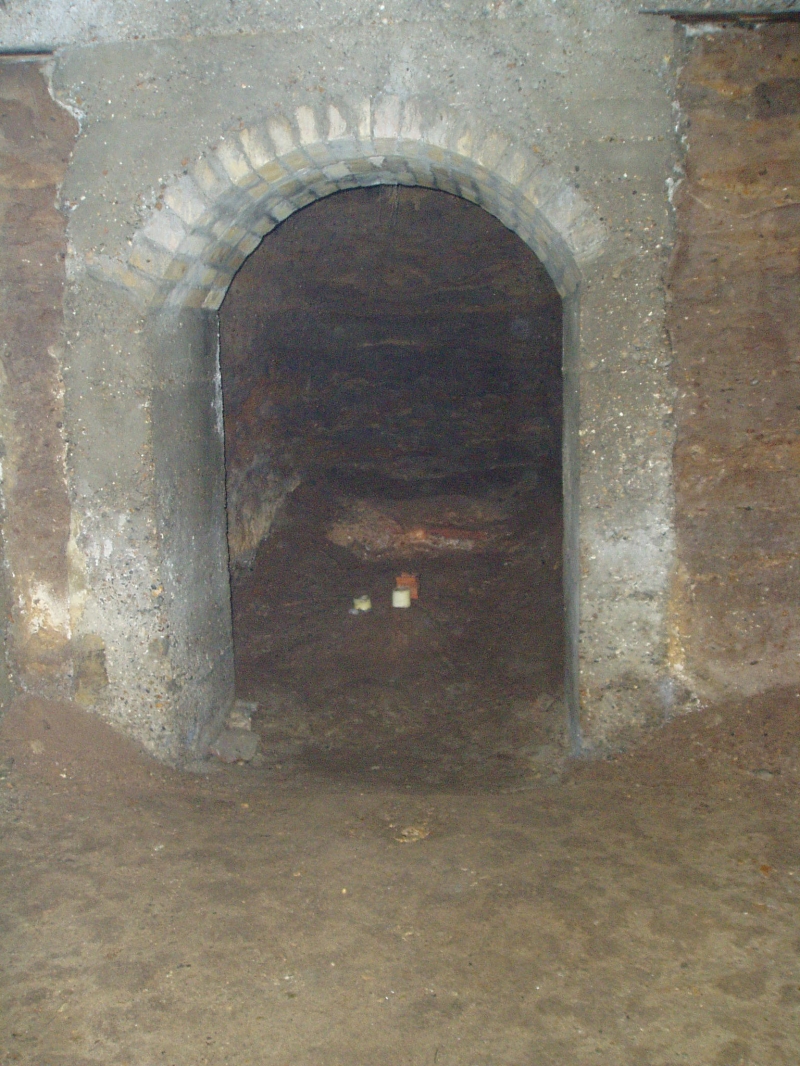 The monument includes the known extent of the earthwork and buried remains of
a Roman barrow situated on relatively high ground at the north west edge of
the central plateau of Mersea Island overlooking the Pyefleet Channel.
The flat-topped conical mound is some 35m in diameter and 7m high. The top has
a diameter of some 5m. There is no enclosing ditch.
Excavations carried out by the Morant Club in 1912 found that the mound
contained a burial dating from the late first to early second century AD. The
burial chamber, sited slightly off-centre, was dug into the original ground
surface so that its floor was some 38cm beneath this level. The chamber
measured some 45cm wide by 54cm high. A foundation of boulders and broken tile
supported a floor of two roof tiles; seven courses of flanged roofing tiles
formed the walls, with the two upper courses slightly corbelled to support the
roof, which was made of a single tile some 54cm square. Within the burial
chamber, the cremated remains of a child were found in a glass flask placed
within a small lead casket with a wooden lid.
The structure of the mound comprised a consolidated central core of impure
quartz sand, above which was mixed gravel and sand. Following the 1912
excavations, a passage was constructed through the excavation trench to the
burial chamber; this is extant and facilitates viewing of the inner chamber.
All modern fencelines, railings, walls, made-up surfaces and the wooden Wendy
house are excluded from the scheduling, although the ground beneath these
features is included.

The survival of Roman barrows as upstanding earthworks is rare nationally and
extremely rare in East Anglia.
The use of a barrow at West Mersea to demarcate a cremation burial is not
unique in Roman Britian, however, Mersea Mount is unusual in that Roman barrow
burials are usually found in groups (such as the Bartlow mounds at Ashdon).
This lone, large barrow is indicative of a very high status burial; the
individual cremated and interred at West Mersea must have had some particular
position of significance amongst the community to warrant the erection of the
edifice.
Although partly excavated the structure of the barrow remains substantially
intact. Artefacts and environmental evidence will have survived and may,
through the use of modern scientific analysis, add to our knowledge of the
construction and appearance of the barrow and of Roman Mersea at the time of
the mound's construction; for example many fragments of marine mollusca and
environmental evidence including seeds were recovered from the original
excavations (the site was partly waterlogged providing conditions in which
organic material can survive). Many fragments of briquetage (fired clay
associated with salt production) were also recoverd from within the make-up
of the mound, demonstrating the presence of this industry nearby.