Two round barrows on the summit of Haw Rigg, 370m south east of Job Cross 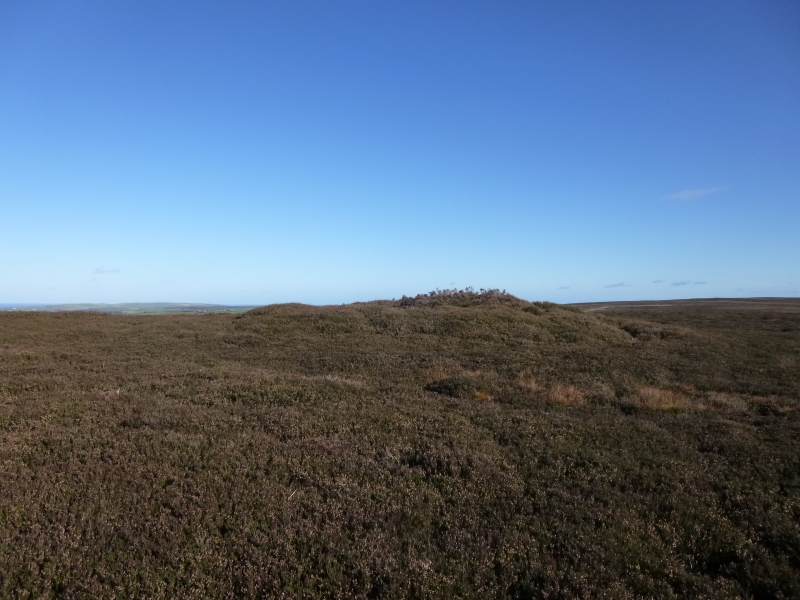 The southern of the two barrows , photo taken in the last week of October 2013