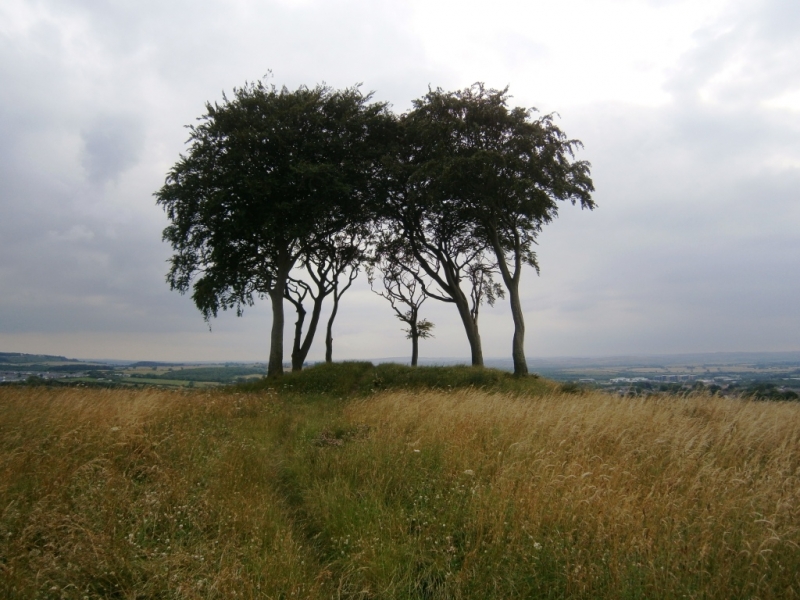 The monument includes the round barrow known as Seven Sisters. It is situated
in arable land on the western flank of Copt Hill and is 300m south of Copt
Hill public house.
The barrow mound is 3m high and aproximately 25m in diameter. It is of earth
and stone construction. The stones include magnesian limestone and sandstone.
To the west and north west of the mound, at a distance of, there are visible
remains of a surrounding bank. An aerial photograph of the monument indicates
a further boundary to the west and north of the mound about 25m from the edge
of the mound, and a rectilinear cropmark to the east believed to be the
terminal of a cursus.
Excavation of the barrow in 1877 by Canon William Greenwell and Mr T Robinson
revealed that the primary burial was a Neolithic cremation believed to be an
example of an axial mortuary structure. There were also several Bronze Age
cremations and inhumations, and an early medieval inhumation.

Seven Sisters round barrow is an example of a barrow in a prominent position
which is a local landmark. Although disturbed by excavation in 1877 and by
modern surface diggings, the barrow, which has already provided evidence of a
large number of burials and of Neolithic origins, will contain further
archaeological evidence for dating and environment.