A Scheduled Monument in Sandhill, Sunderland 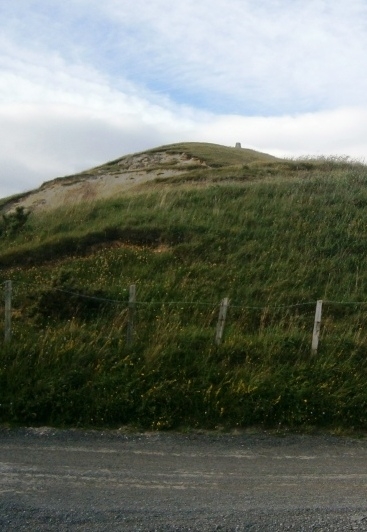 The monument includes the round barrow on Hasting Hill, 230m west of Hasting
Hill Farm. It occupies the highest point on the hill at its western end above
a magnesian limestone quarry.
The barrow is of earth and stone construction. It stands to a height of 1m and
has an Ordnance Survey triangulation point inserted into the top around which
some erosion has occurred. The barrow is circular with a diameter of c.12m. It
is believed to have no surrounding bank and ditch.
The barrow was excavated by Trechmann in 1911; 10 burials were found interred
in the barrow along with pottery of Neolithic and Bronze Age date, and bone
and flint tools.
The barrow lies about 400m north west of a group of crop marks identified as
an interrupted ditch enclosure and cursus, which is believed to be of
Neolithic date.

The round barrow on Hasting Hill is an example of a barrow in a prominent
position. Although disturbed by excvavation in 1911 and by the insertion of a
triangulation point, the barrow which has already provided evidence of a large
number of burials and evidence of Neolithic activity, and will contain further
archaeological evidence for dating and the environment in which it was
constructed.