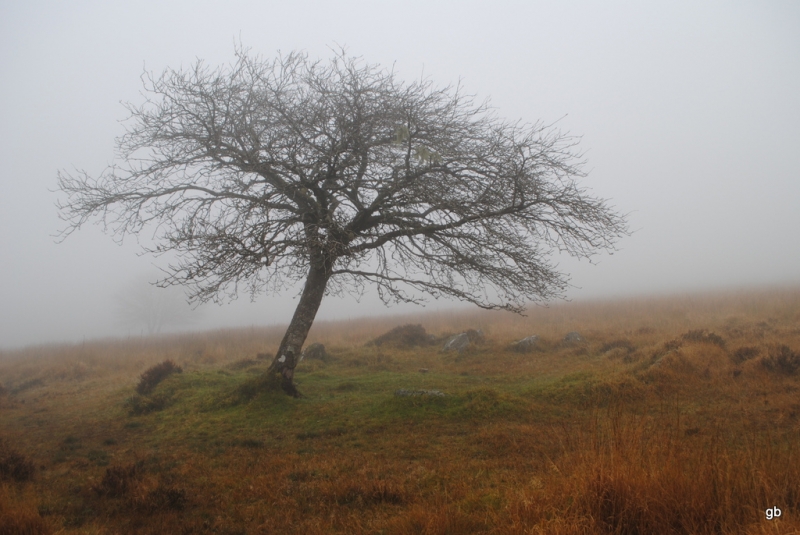 The monument includes a partially enclosed stone hut circle settlement lying
on a moderate north facing slope of Lakehead Hill overlooking the valley of
the East Dart River. The enclosure survives as an oval areas measuring 120m
long by 113m wide defined by a rubble bank standing up to 5.5m wide and 0.8m
high. Eleven stone hut circles survive within the enclosure and two others lie
a short distance to the south. The stone hut circles within the settlement
all survive with banks surrounding circular or oval internal areas which vary
from 5.3 sq m to 50.2 sq m with the average being 16.7 sq m. The height of the
surrounding walls vary between 0.3m and 0.82m, with the average being 0.52m.
Four of the huts have visible doorways, one has an annex and the walls
themselves vary in character, but the rubble bank and orthostatic construction
techniques are both represented.

Dartmoor is the largest expanse of open moorland in southern Britain and,
because of exceptional conditions of preservation, it is also one of the most
complete examples of an upland relict landscape in the whole country. The
great wealth and diversity of archaeological remains provide direct evidence
for human exploitation of the Moor from the early prehistoric period onwards.
The well-preserved and often visible relationship between settlement sites,
major land boundaries, trackways, ceremonial and funerary monuments as well as
later industrial remains, gives significant insights into successive changes
in the pattern of land use through time. Stone hut circles and hut settlements
were the dwelling places of prehistoric farmers on Dartmoor. They mostly date
from the Bronze Age, with the earliest examples on the Moor in this building
tradition dating to about 1700 BC. The stone-based round houses consist of low
walls or banks enclosing a circular floor area; remains of the turf or thatch
roof are not preserved. The huts may occur singly or in small or large groups
and may lie in the open or be enclosed by a bank of earth and stone. Although
they are common on the Moor, their longevity and their relationship with other
monument types provide important information on the diversity of social
organisation and farming practices amongst prehistoric communities. They are
particularly representative of their period and a substantial proportion of
surviving examples are considered worthy of protection.

The partially enclosed stone hut circle settlement known as Kraps Ring
survives comparatively well and together with other nearby broadly
contemporary settlement sites and ceremonial monuments provides an important
insight into the nature of Bronze Age occupation and exploitation in the
centre of Dartmoor.