A Scheduled Monument in Donnington and Muxton, Telford and Wrekin 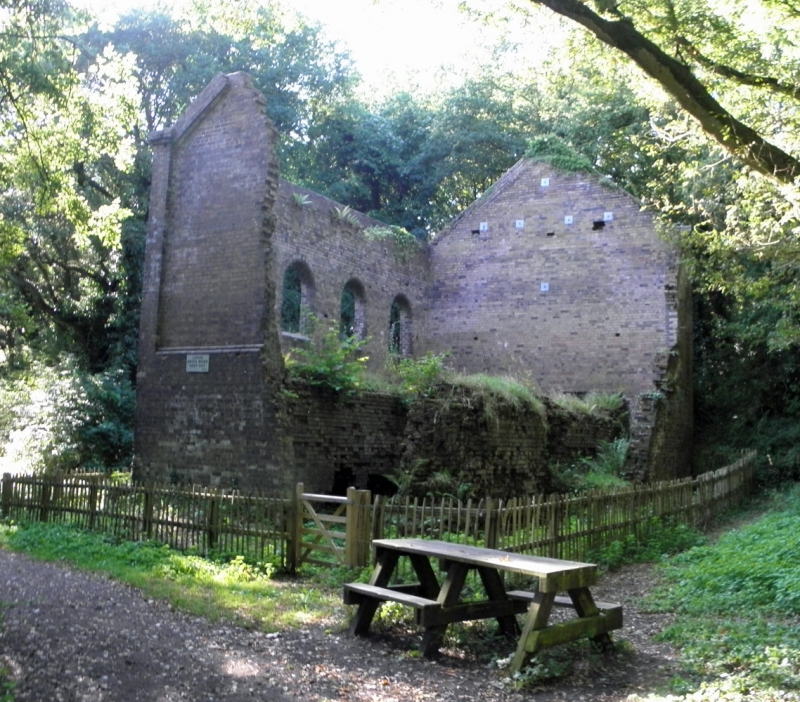 The monument lies within woodland near the village of Muxton. It includes the
standing, buried and earthwork remains of a site which formerly housed a
rotative beam pumping engine, used for draining coal workings at Muxton Bridge
colliery.

Coal was mined in the area by the early 19th century, and small-scale workings
may have taken place before that date. Muxton Bridge colliery, established
around 1830, was a relatively early deep mine sited next to a canal to allow
easy and cheap transport of coal. Little is known of its history until 1870,
when a 26' Cornish type beam engine was installed to pump water from the mine.
Between 1882 and 1902 a pair of horizontal winding engines were installed in a
building which still survives but is not included in the scheduling.
Inefficient management, however, led to the closure of the colliery in the
early years of the 20th century.

The pumping engine was of an unusual free-standing design, rather than the
more common arrangement of an engine enclosed in a purpose-built structure,
and its remains include valuable technological information about the machine
which was originally sited here. The remains include a 2.5m high section of
the bob wall, a thick wall on which the pivoting iron beam of the engine was
supported. Large bolts to hold the engine in place survive in situ.

Immediately east of this wall fragment, stone foundations with further bolts
indicate the position of the cylinder in which steam was generated. Further
remains 3.5m east of the bob wall include an engine bed also with holding
bolts, a narrow flywheel pit of around 0.4m width and 2m depth, and further
fixtures including a 0.6m length of iron pipe fixed in sockets. The shaft
which the pumping engine drained lies immediately west of the bob wall, and is
now capped and defined by a low brick wall. In addition to these well-
preserved features, further features showing technological details will
survive as buried remains.

Modern fences, path surfaces and the modern wall outlining the shaft are
excluded from the scheduling, although the ground beneath them is included.

The free-standing design of the pumping engine at Muxton Bridge colliery and
the survival in situ of details such as holding bolts make it an unusual and
informative site. The technological information included within the monument
adds to the range of data available on steam engines, pumping and general
approaches to coal mining in the late 19th century.