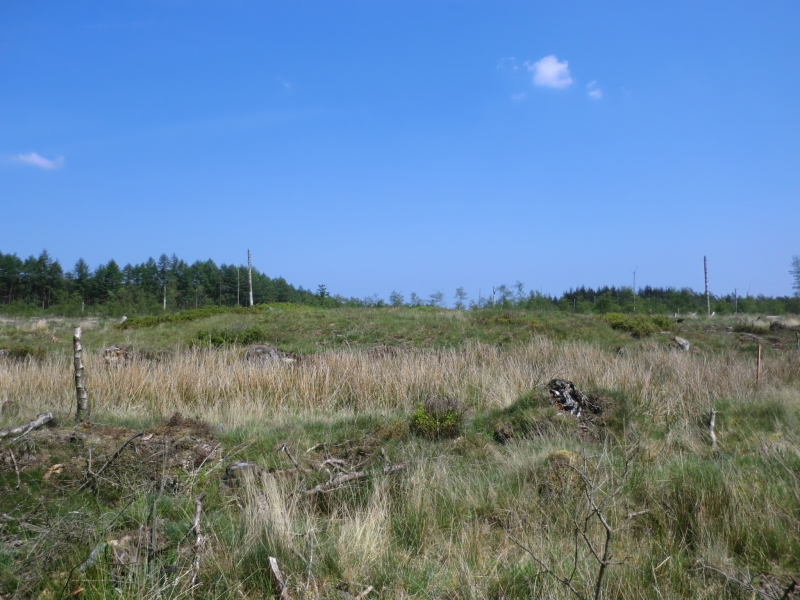 The monument includes the buried and earthwork remains of a prehistoric burial
mound known as Old Wife's Mound, located on the summit of Wrelton Moor. The
barrow survives as an 18m diameter mound rising up to about 0.8m in height
with an irregular central hollow up to 8m across, considered to be the result
of a 19th century antiquarian excavation. The barrow lies 250m NNW of Leaf
Howe, a larger barrow which is the subject of a separate scheduling.

Old Wife's Mound is a good example of a medium sized round barrow. The
majority of round barrows in the region were dug into by 19th century
antiquarians in search of burials and artefacts, leaving behind a central
depression as evidence of their work. However, excavations in the latter half
of the 20th century have shown that round barrows typically contain
archaeological information that survives earlier digging. Secondary burials
tend to be located within the main body of the mound and sometimes one of
these was mistaken for the primary burial which was usually the goal of the
antiquarian. Even when the primary burial has been excavated, further
secondary burials often survive in the undisturbed surrounding part of the
mound. Additional valuable information about the mound's construction and the
local environment at the time of its construction will also survive
antiquarian excavation.