A Scheduled Monument in Chopwell and Rowlands Gill, Gateshead 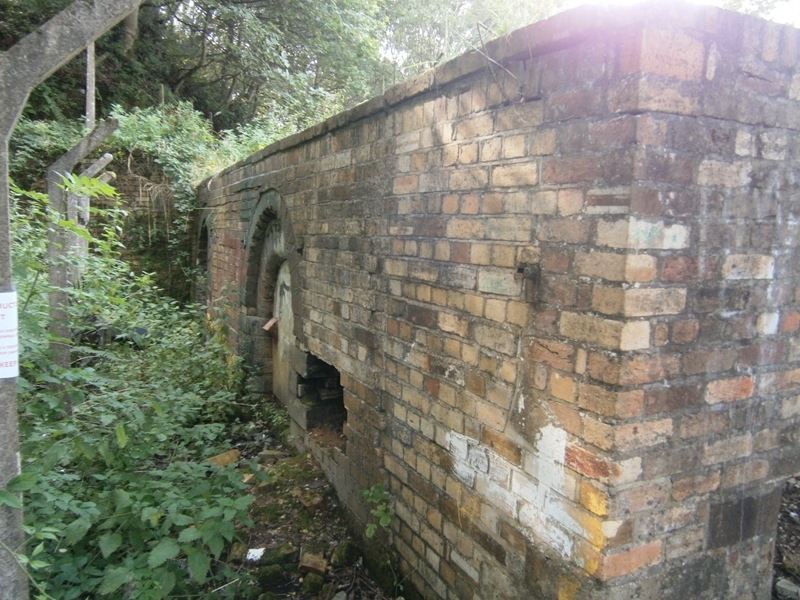 The monument is situated 850m south east of Low Spen Farm, on the west side of
Rowlands Gill, and includes the structural and buried remains of seven mid-
19th century beehive coke ovens. The area forms part of what was once a far
more extensive former coal mining landscape which is now largely cleared and
landscaped.
The Whinfield coke works were built in 1861 by the Trustees of the Victoria
Garesfield Colliery. Garesfield Colliery was formerlly situated to the west of
the monument. This colliery no longer survies and is not included in the
scheduling. The Victoria Garesfield coke ovens (later the Whinfield works)
originally consisted of a bank of 193 beehive coke ovens and were built
primarily to produce coke from high quality coals from the Victoria Garesfield
and Watergate Collieries. The coal produced a coke that was ideal for the
malleable iron founding industry of County Durham. It continued to operate
until 1958 when the cost of brick production (ovens require constant
maintenance including the replacement of bricks) and the demise of suitable
coal reserves led to its closure. Part of the original works was preserved by
the National Coal Board, and restored in the 1980s.
The monument includes the remains of seven well preserved beehive ovens
forming the western end of the original bank of 193 ovens. Five of the ovens
are complete and the profiles of two further ovens survive in the east end,
providing a valuable illustration of beehive coke oven construction, and in
particular the way in which the floor of the ovens was angled towards the
doors to assist unloading. A series of circular holes, measuring 0.38m in
diameter and situated in the roofs of the ovens, allowed top loading from
wagons conveyed on a 1.14m gauge railway above the ovens. The remains of the
stone piers used to support the rails survive either side of a central arched
flue. The oven doorways, five of which survive intact, have round brick arches
supported by larger brick abutments. All five doorways are open though they
would have been bricked up and sealed with daub during firing. Vent pipes
surviving in the top of the arches were used to regulate the supply of air
into the oven and were also used to observe the progress of combustion. Hot
air from the ovens was directed through a small flue at the rear of the ovens
into the main central flue. From 1915 the hot air from the flue was used to
raise steam for electricity generation for use in a cuprous oxide plant
located near to the works. The plant has been demolished and its site is not
included in the scheduling, but a short length of partially blocked arch
running from the flue at the north west corner of the monument is believed to
relate to this later activity and is included.
All modern fence posts are excluded from the scheduling, although the ground
beneath them is included.

Coal has been mined in England since Roman times, and between 8,000 and 10,000
coal industry sites of all dates up to the collieries of post-war
nationalisation are estimated to survive in England. Three hundred and four
coal industry sites, representing approximately 3% of the estimated national
archaeological resource for the industry, have been identified as being of
national importance. This selection, compiled and assessed through a
comprehensive survey of the coal industry, is designed to represent the
industry's chronological depth, technological breadth and regional diversity.
Coking is the process by which coal is heated or part burnt to remove volatile
impurities and leave lumps of carbon known as coke. Originally this was
conducted in open heaps, sometimes arranged on stone bases, but from the mid-
18th century purpose built ovens were employed. By the mid-19th century two
main forms of coking oven had developed, the beehive and long oven, which are
thought to have been operationally similar, differing only in shape. Coke
ovens were typically built as long banks with many tens of ovens arranged in
single or back to back rows, although stand alone ovens and short banks are
also known. They typically survive as stone or brick structures, but earth-
covered examples also exist. Later examples may also include remains of
associated chimneys, condensers and tanks used to collect by-products. Coke
ovens are most frequently found directly associated with coal mining sites,
although they also occur at ironworks or next to transport features such as
canal basins.
Coal occurs in significant deposits throughout large parts of England and this
has given rise to a variety of coalfields extending from the north of England
to the Kent coast. Each region has its own history of exploitation, and
characteristic sites range from the small, compact collieries of north
Somerset to the large, intensive units of the north east. All surviving pre-
1815 ovens are considered to be of national importance and merit protection,
as do all surviving examples of later non-beehive ovens. The survival of
beehive ovens is more common nationally and a selection of the better
preserved examples demonstrating the range of organisational layouts and
regional spread is considered to merit protection.

The remaining Whinfield beehive coke ovens survive particularly well and
represent a rare example of intact beehive ovens, a design pioneered within
the Durham coalfield. The structure of the ovens includes many original
features which illustrate the technology employed in a large scale commercial
coke works from the mid-19th century to the late 1950s. In addition, the site
represents part of the last beehive coke works to be operated in Britain.