Cross-head in Madron churchyard, south of the church 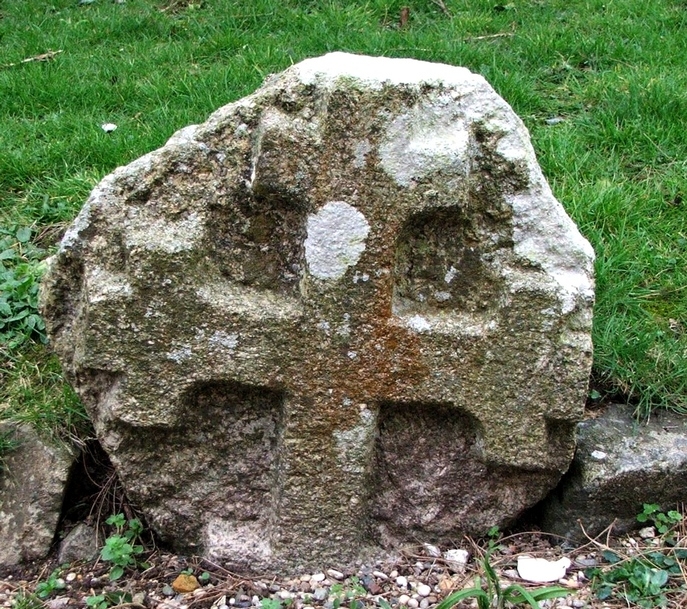 Entry Name: Cross-head in Madron churchyard, south of the church

The monument includes a medieval cross-head which is listed Grade II,situated
to the south of the church at Madron on the Penwith peninsula in the far west
of Cornwall. The cross-head is visible as a round or `wheel' head of granite.
The head measures 0.53m in diameter by 0.11m thick. The north principal face
bears a relief equal limbed cross of gothic design; small side arms cross all
four limbs close to their ends. The base of the lower limb is buried in the
ground. The south face is plain.
It has been suggested that this cross was meant to be built into a surface, as
its south face and edges are roughly worked.
The flat gravestones and granite slabs set within the gravel footpath and the
gravel footpath itself, which passes to the north, east and west of the cross-
head are excluded from the scheduling, although the ground beneath is
included.

This cross has survived well despite the loss of its shaft and base. It is a
rare example of a `wheel' headed cross decorated with a gothic style motif,
which suggests a late medieval date for this monument. Its re-erection in the
churchyard at Madron demonstrates well the changing attitudes to religion and
their impact on the local landscape since the medieval period.