A Scheduled Monument in Edington, Wiltshire 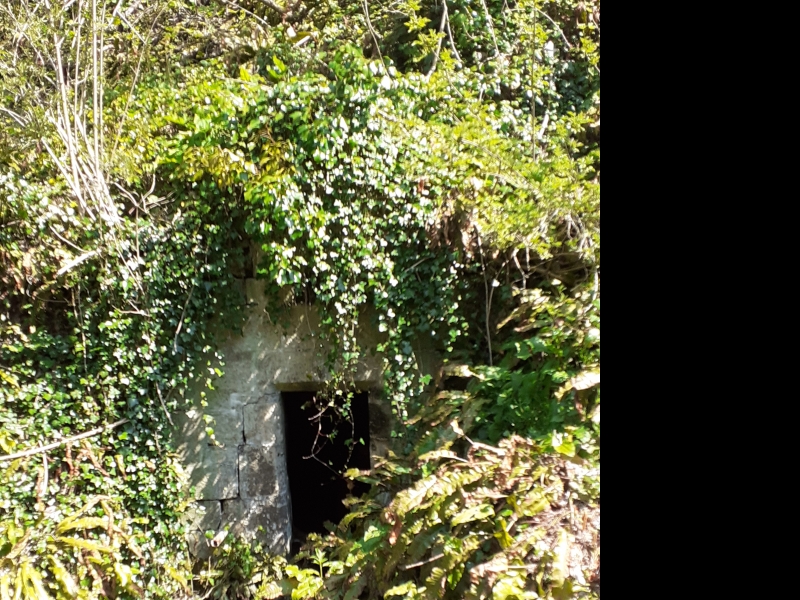 The monument includes the Monk's Conduit, a 15th century well house situated
in a small valley on a springline in the centre of Edington, a village below
the chalk scarp of Salisbury Plain.
The building is rectangular and measures 3.5m long and 2.5m wide. It is set
into a steep bank so that only the west facing wall, which is 3.5m high with a
triangular gable above a doorway, is visible from outside. The vaulted roof is
stone tiled and supported by two stone ribs. Water rises from apertures in the
back wall and flows into a large stone tank 1m wide and 2.5m long. The water
then overflows the tank and drains through the doorway, forming a small
stream.
The Monk's Conduit is Listed Grade I and, as the name implies, may have been
associated with the Priory of the Bonhommes who were in Edington from 1358 to
1534. The priory church and the walled garden of the priory together with
associated fishponds survive 400m to the north east, and are the subject of a
separate scheduling.

Well houses are medieval structures built to protect the water supply to
institutions such as monasteries and abbeys. They are small, typically stone
built structures placed over a spring or near several water sources. The water
which collected in a stone or lead tank was transported to its destination by
lead pipes or gutters. The surrounding structure protected the tank from
contamination.
The Monk's Conduit well house is a well preserved and complete survival which
has served as the outlet of a spring for over 500 years. There is a strong
likelihood that its construction was associated with the Priory of the
Bonhommes.