A Scheduled Monument in Elkstone, Gloucestershire 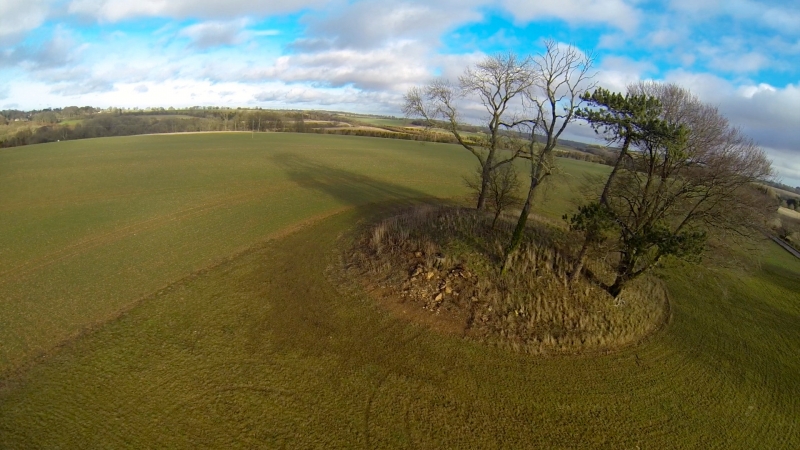 The monument includes a round barrow set just below the crest of a hill, about
500m to the north of the road to Combend Manor. The barrow mound measures 35m
in diameter and is 4m high. The mound is surrounded by a ditch which has been
infilled over the years and can no longer be seen at ground level. It will,
however, survive as a buried feature about 4m wide. There is no evidence that
the barrow has been excavated in the past.

The barrow 830m north east of Combend Farm survives well as an impressive
mound despite limited peripheral plough damage. The barrow mound will contain
evidence for primary and secondary burials, along wth grave goods, which will
provide information about the nature of prehistoric burial rituals. It will
also preserve part of the original ground surface, predating the construction
of the barrow. The mound and surrounding ditch will also contain environmental
evidence in the form of orgainic remains, which will relate both to the barrow
and the landscape within which it was constructed.