A Scheduled Monument in Wick, Worcestershire 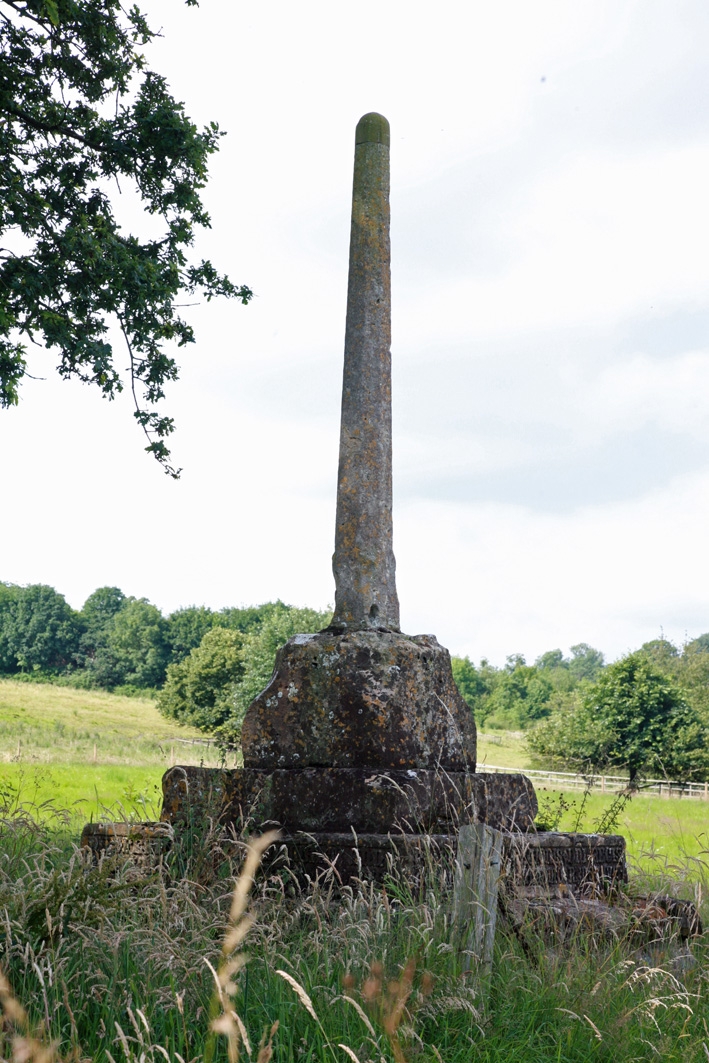 The monument includes the remains of a standing stone cross located to the
north west of the churchyard of St Mary's Church, approximately 25m from the
north porch. The cross, which is Listed Grade II, is principally medieval in
date with later additions. It is of stepped form and includes a base of three
steps and a socket stone, and the shaft.
The steps are rectangular in plan and are constructed from large sandstone
blocks bonded together with mortar. The bottom step measures approximately
2.45m by 2.35m. The steps rise to a height of 1.2m. An inscription in Latin on
the middle step is thought to have been added when work was carried out on the
cross in 1911. The socket stone rests on the uppermost step, it is square in
plan rising through chamfered corners to a moulded octagon and measures 0.83m
square and 0.7m high. The shaft is mortared onto the top of the socket stone.
It is 0.28m square in section at the base rising through chamfered corners in
tapering octagonal section to a height of approximately 3m. A rounded capstone
sits at the top of the shaft, making the full height of the cross
approximately 4.9m.
The fence around the cross is excluded from the scheduling, although the
ground beneath it is included.

The remains of the churchyard cross to the north west of St Mary's Church
represent a good example of a medieval standing cross with a square stepped
base. Situated to the north west of the north porch it is believed to stand in
or near to its original position. While much of the cross has survived from
medieval times, subsequent restoration has resulted in its continued function
as a public monument and amenity.