The socket stone and step of a churchyard cross in St Andrew's churchyard, Eastleach Turville

A Scheduled Monument in Eastleach, Gloucestershire 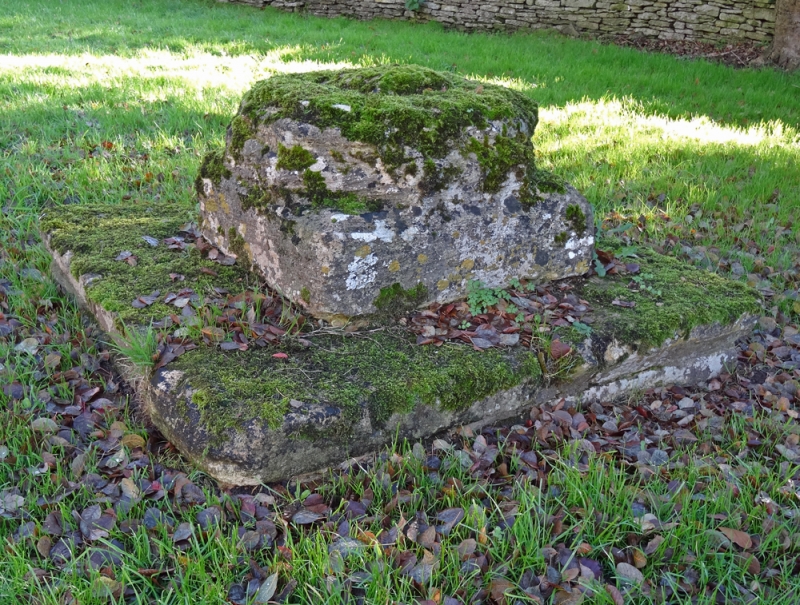 Although most of the shaft of the cross in St Andrew's churchyard has gone,
the step and socket stone mark the position of the churchyard cross.