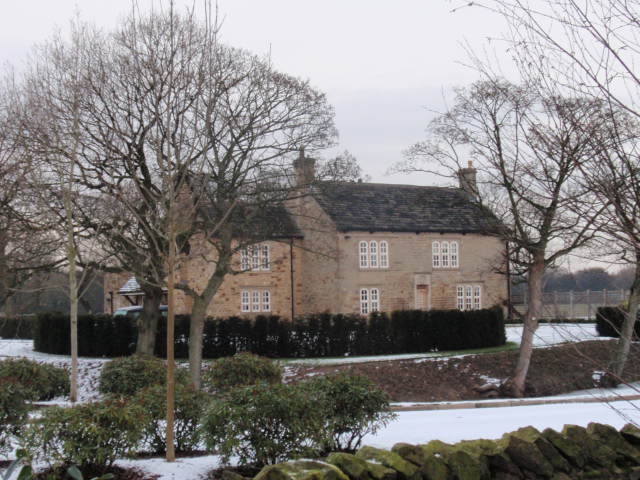 The monument includes a medieval moated site at Aspull, near Wigan. A stone
built bridge allows approach on the south side.
The water-filled moat surrounding the island is 9m wide on average and appears
to be at least 1.5m deep with little sign of silting. The moat is sub-
rectangular in shape, and has maximum dimensions of 105m north west to south
east and 75m north east to south west. A bridge allows access to the enclosed
island on the south side. This is 5m wide, built in a shallow arch of stone
and has a parapet constructed of large dressed single stones tied together
with iron clamps set in lead. The bridge is an original construction of the
late 16th century. Its width and construction could support carts and
carriages.
The platform thrown up by the excavation of the moat is raised 0.5m above the
surrounding ground level. This is divided into two areas by a hedge on a
slight bank. Otherwise there is no evidence of landscaping in the interior. At
present a square stone building two storeys high stands on the island. This
bears a date stone of 1574. It was largely rebuilt in 1840 but retains stone
mullions and moulded details from the 16th century building; it is Listed
Grade II. The 1574 building will have replaced earlier medieval buildings
known through documentary sources to have stood on the enclosed island.
The hall takes its name from `Gudelow', a family first recorded in 1291.
The present house is excluded from the scheduling as are the outbuildings to
its rear although the ground beneath all these structures is included. The
bridge is also included in the scheduling.

The moated site at Gidlow Hall survives reasonably well in spite of its
continued use as a farmhouse. The moat is complete and will retain conditions
suitable for the preservation of organic remains. There will also be
significant remains of the original medieval structures on the enclosed
island.