Kenilworth Castle: a motte and bailey and enclosure castle with mere, dams and 16th century gardens

A Scheduled Monument in Kenilworth, Warwickshire 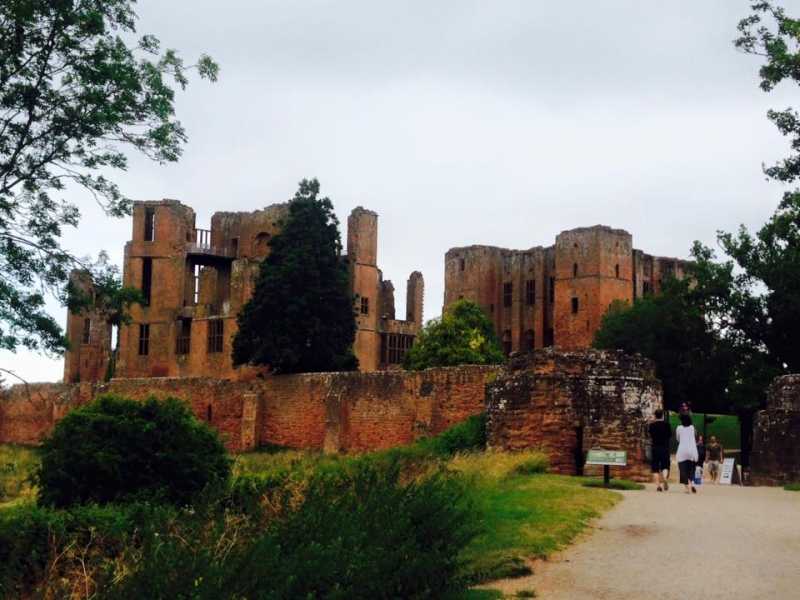 Kenilworth Castle is a well preserved example of a very large enclosure castle
which evolved over many centuries from its origins as a small motte and bailey
castle into a spectacular medieval royal residence. Its direct links with the
crown of England from the 12th century through to the 16th century have
ensured that the site is exceptionally well documented through both written
and pictorial records providing details of the major construction periods,
the costs and dates of repairs and alterations to existing structures, and
detailed ownership information.
Part excavation has indicated that structural and artefactual evidence for
the original timber and stone structures which occupied the inner court will
survive beneath the ground surface. These buried remains will contain valuable
information on less well documented early history and occupation of the site.
The latter phases in the castle's development in particular, retain
outstanding examples of structures which are typical of late medieval high
status residences, for example, the great hall and Leicester's Building. The
standing remains of these state apartments clearly reflect, both in their size
and their elaborate internal decoration, the pretensions of the castle's
inhabitants. The importance of water as a medieval defensive feature is
clearly seen at Kenilworth where the whole of the castle was defended by water
and many exemplary water control features are preserved: the artificial mere,
the Lower Pool, the northern moat and the Brays' external ditch system; but,
at the same time, the mere was evidently seen as a picturesque feature,
lending grandeur to the castle's setting. The accumulated silts within these
features provide conditions suitable for the preservation of environmental
evidence and artefacts related to the castle's occupation and the landscape in
which it was set.
The alterations to the mere dam in the 16th century which allowed it to be
used for tilting are well documented and reflect the importance of sporting
pastimes for the highest orders of 16th century society. The Tiltyard at
Kenilworth is a particularly rare feature nationally (the only other example
yet identified is at Tattershall Castle in Lincolnshire).
The site as a whole provides a valuable illustration of the display of wealth
and status during the medieval and Early Renaissance periods amongst the royal
family and the aristocracy. As a site in the care of the Secretary of State
and open to the public, the castle is a valuable educational resource and
public amenity.