A Scheduled Monument in Lyddington, Rutland 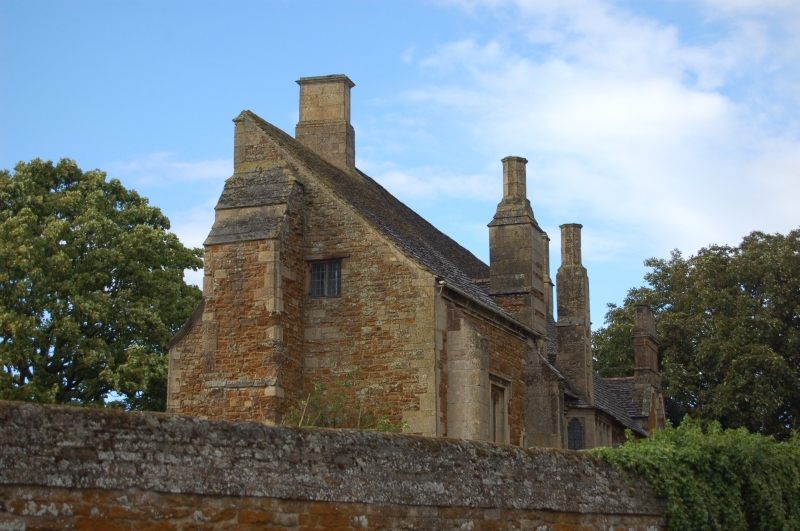 The bishop's palace at Lyddington survives well in the form of both standing
remains and buried features. A considerable accumulation of archaeological
deposits indicates that remains of the medieval and post-medieval periods have
been overlain, rather than destroyed by, later activity; part excavation has
demonstrated a high level of survival for below ground remains while leaving
the majority of deposits undisturbed. Structural, artefactual and ecofactual
material, including organic material preserved by waterlogging, are thus
likely to survive intact, preserving valuable evidence for social, religious,
domestic and economic activity on the site.
The remains of the bishop's palace are associated with a variety of other
features of the landscape, both contemporary and of earlier or later date.
The survival of the relationship between the main palace buildings and the
site of a church, which formed an integral part of the complex as the bishop's
palace chapel, is one of few known examples and will preserve rare evidence
for the evolution of this type of site. The development of part of the palace
buildings into a post-medieval almshouse, and its subsequent abandonment and
restoration, have resulted in the survival of the almshouse structure in a
largely intact state including fittings which are rarely preserved elsewhere.
The relationship of the fully developed palace complex to underlying features,
such as the moated site which preceded it, have been elucidated by
part excavation and documentary research; its relationship to the remains of
early ridge-and-furrow cultivation is also preserved, with the result that
these earthworks may be dated to a specific historical period. Further
earthworks representing two separate groups of fishponds are similarly little
disturbed and will preserve evidence for economic activity on the site. The
integration of the principal fishpond complex into the ornamental layout of
the late medieval palace garden provides an additional, and rare, insight into
the ideas governing the layout of medieval gardens. The relationships between
these numerous and varying features will tell us how different elements of the
medieval community functioned together in the context of a high status
clerical residence, and how they developed through time.
Partly in the care of the Secretary of State and partly in countryside
stewardship, much of the monument is accessible to the public and serves as an
important educational and recreational resource.